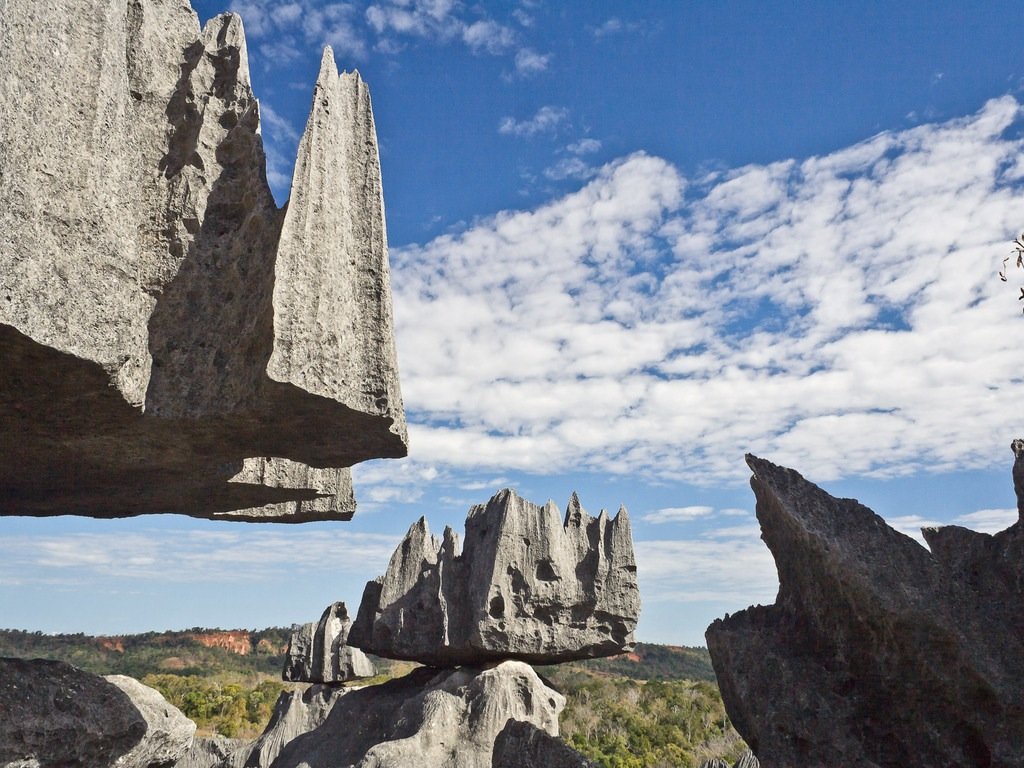 The territory of the National Park Tsingy de Bemaraha, located in the west of Madagascar, is a limestone plateau, dotted with sharp spiers of karst origin. Unusual geological formations resembling "stone forest", create amazing landscapes of the reserve, looking like scattered spiky peaks from a distance. In 1990, the National Park Tsingy de Bemaraha was included in the UNESCO World Heritage list.

Rocky ridges and canyons of Tsingy de Bemaraha formed over millions of years, mostly under the ground in the form of a deep narrow karst caves, with monsoon rains working on thick layers of limestone and Cretaceous sediments, forming natural bridges, spiers and canyons as deep as 120 meters. Today, despite the drop in water levels, underground rivers keep changing the landscape of the caves and the gorges of the reserve.  This"Stone Forest" of Madagascar keeps changing its structure, and in a few million years there will be completely new landscapes.

Since this place is very spiky and difficult to traverse, many endemic species found refuge in the stone forest. Scientists keep finding new species of plants and animals among the spiky rocks.

It is recommended to start your route to the National Park Tsingy de Bemaraha early in the morning, at dawn. You have to be prepared for many hours of walking, climbing and squeezing through very narrow passages. If you don't want your feet to be eaten away by the spiky ground, make sure to bring the right shoes with thick soles. To explore the most of the place it is recommended to break your trip to the stone forest into 3-4 days – there are plenty of rocks, creatures, plants, forests and lakes to see.