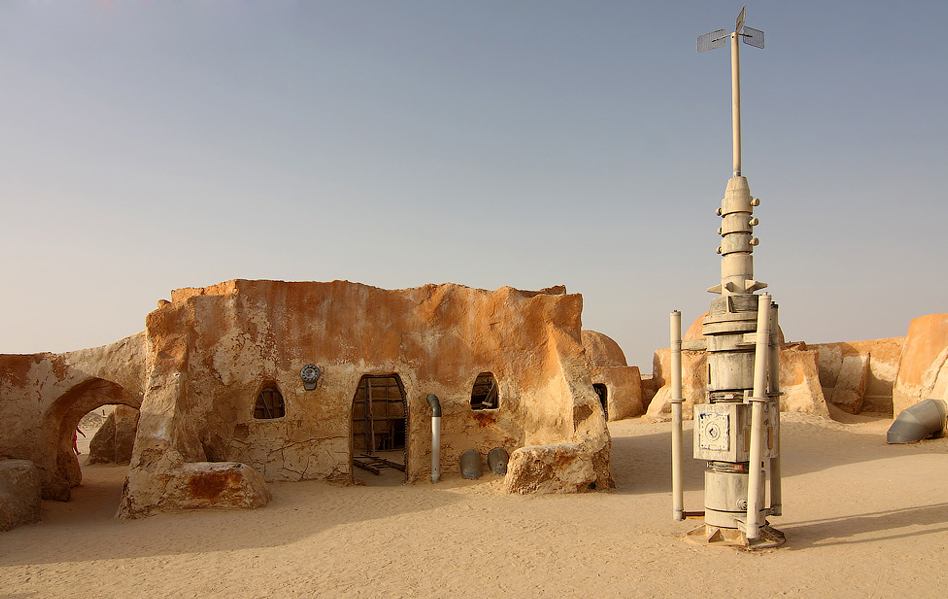 Before you are planning to go to Tunisia, we strongly advise that you rewatch Star Wars movies, since this is where you can visit Tatooine – the place where Anakin Skywalker, his son Luke, and Obi-Wan Kenobi spent a good deal of their time.

Long ago, in the summer of 1976, a delegation of 130 filmmakers led by director George Lucas arrived in Tunisia. Because of its cosmic landscapes, this North African country could not fit better for filming the desert planet of Tatooine, where  Anakin Skywalker  - the future Darth Vader, was born, and where his son, Luke, grew up.

The planet was named after the real-life town in Tunisia, Foum Tataouine. The town is famous for its Ksaras - fortified Berber granaries, built out of clay. The most famous of them are Ksar Ouled Soltane and Ksar Hadada.  Ksar Hadada became the urban quarter of Anakin's home town - Mos Espa in Star Wars. Episode I: The Phantom Menace. This is where Anakin lived and worked as a slave. Some structures in the movie were filled in with CGI, but many buildings still stand there. You can also see some moisture vaperators left on the site. This is also the location of the Lars Homestead where Luke Skywalker grew up – the single-domed building was built there to represent the outside of the farm and used in Episode 4: A New Hope, and in the prequel films.

The filming was going on as planned, until the moment when the large amount of actors and filming crew, incomprehensible machinery and robots settled near the Libyan border caused the authorities of the neighboring country to be concerned. Because of this, Lucas; crew was asked to immediately move away from the border and further into Tunisia.

Mos Eisley is located in the desert 15 kilometers from the Algerian border, on the edge of the marsh Chott el Gharsa salt marsh, between settlements Naftah and Degache. This place was built out of clay and sand in a short period of 2 months. Although it's been 36 years since the filming, all of the constructions look like new, due to the hot climate and lack of rainfall. However, Mos Espa and this town are on the verge of disappearing forever, because of the unstoppable sands of the desert dunes. Every year, the dunes are getting closer and closer to the walls of the buildings. If nothing is done about this, in a few years, this scenery will be completely buried under the sands. 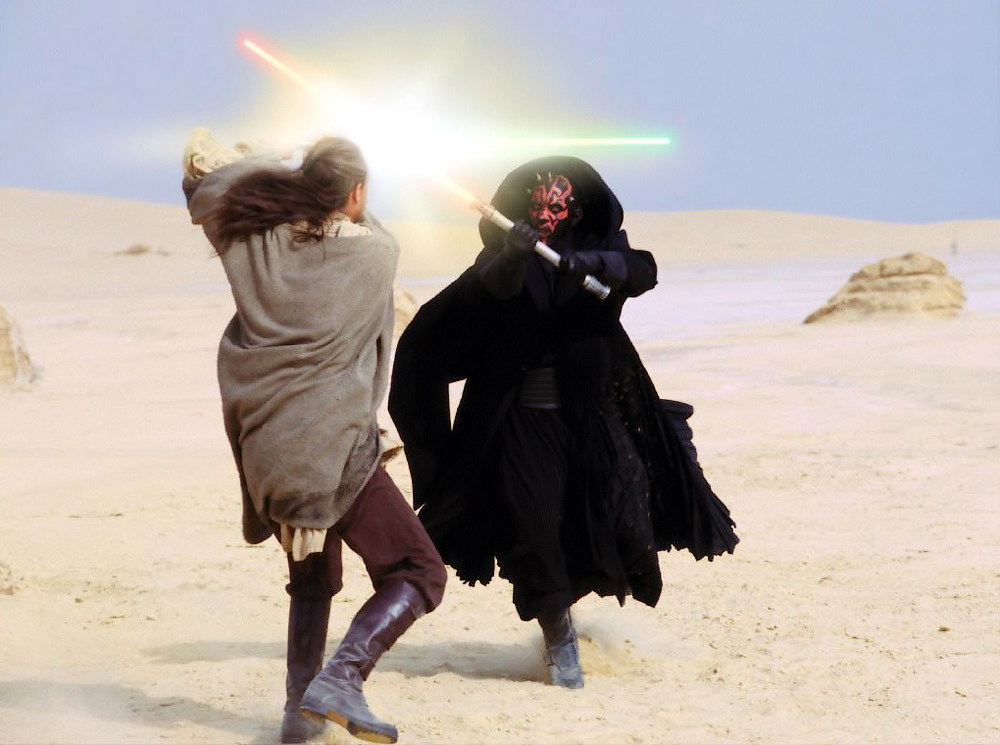 Another memorable point is the site of the battle of the Jedi Qui-Gon Jinn and Darth Maul in Star Wars: Episode I: The Phantom Menace. It is located on the nearby dunes  This is also the location of the car race from the first episode.

As to the rest of the Star Wars filming location in Tunisia, there are Sidi Bouhlel Canyon and Sidi Driss Hotel.

Sidi Bouhlel Canyon is 91 meters long and, located to the east of the city Degesh, in the mountainous parts of Tunisia, Jbel Bou Hélal.  Here, in the IVth episode of thesaga, most of the Tatooine landscape scenes, as well as the giant sand crawler mechanism, in which the Jawas traveled through the sands of Tatooine in search of lost droids, were filmed.  This is where Jawas attacked Luke, R2-D2 and C-3PO.

Luke's house is known as the Hotel Sidi Driss in the Berber town of Matmata. This town is known for its underground dwellings carved into the rock. The hotel preserved the space-themed atmosphere from 36 years ago and is a true joy for the Star Wars' fans.

The most remote place of Star Wars' filming is the Tunisian island of Djerba, where the house of the old Obi-Wan Kenobi was located. Some houses on the island also served as the scenery of the large Tatooine city Anchorhead.

Read more about Tunisia off the beaten path