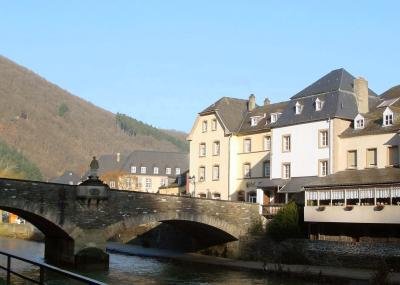 Vianden is a city located in the north-east of Luxembourg, on the banks of a small river Ur, at the foot of the ancient fortress of the Dukes of Orange-Nassau.  By the bridge over the river Ur there is a gray three-story house with an attic. Despite its three floors, it seems as if the house is sinking into the ground. This is the house where the great classic writer, Victor Hugo, lived.

Victor Hugo visited Vianden more than once and described it as a town with cheerful citizens and eerie ruins. In 1871 he decided to move there on a “self-imposed exile” - he was actually expelled from Belgium and found refuge in Vianden. This is the house where Hugo's wrote part of the “Annee Terrible” - a response to the events of the Franco-Prussian War and the Paris Commune. Here, in Vianden, the writer had to undergo his first tooth extraction, participated in extinguishing a fire, and, despite his age, experienced a love affair with a young 18 year old woman, Marie Mercier.

The writer was very fond of the small city he lived in. He wrote: "Vianden, embedded in a splendid landscape, will be visited one day by tourists from the whole of Europe, attracted both by its sinister but magnificent ruin and by its cheerful and happy people."

At the entrance to the bridge there is a bust of the writer facing the house – a replica of the original Rodin's sculpture, situated in the House of Victor Hugo in Paris. Victor Hugo's drawings decorate the walls of the house -  one of them has a landscape the writer could see from his bedroom window: the cloudy sky, dark cold river, steep cliff, topped by the ancient Castle of the Counts. Another exhibit  is a newspaper, dated September 26, 1863, describing how the writer visited Vianden for the second time, how he was welcomed by the ensemble “Working Lyre” and people cheering “Vive Victor Hugo!”, and what a wonderful speech he gave about the brotherhood between the countries. Besides that, you can see manuscript letters of the writer and his personal documents. All the furniture in the house was made out of walnut wood, which grows in abundance on the slopes of the mountain where Vianden is situated. (Vianden has the annual Nut-Fair, which happens every October).

Luxembourg takes pride in being a place where the classic lived - you can see many reproductions of paintings depicting Victor Hugo's house throughout the country, and the Duchy sells charity stamp with the writer's image, published  by the Society of Victor Hugo. All the funds from the sale of these items go towards the restoration of the house-museum, which was destroyed by Hitler's troops during the WWII.

In: museums and collections, writers 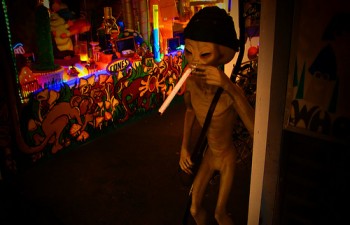 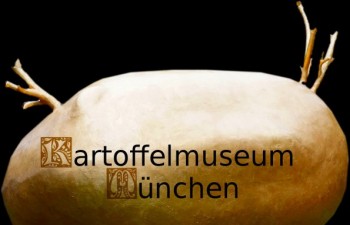