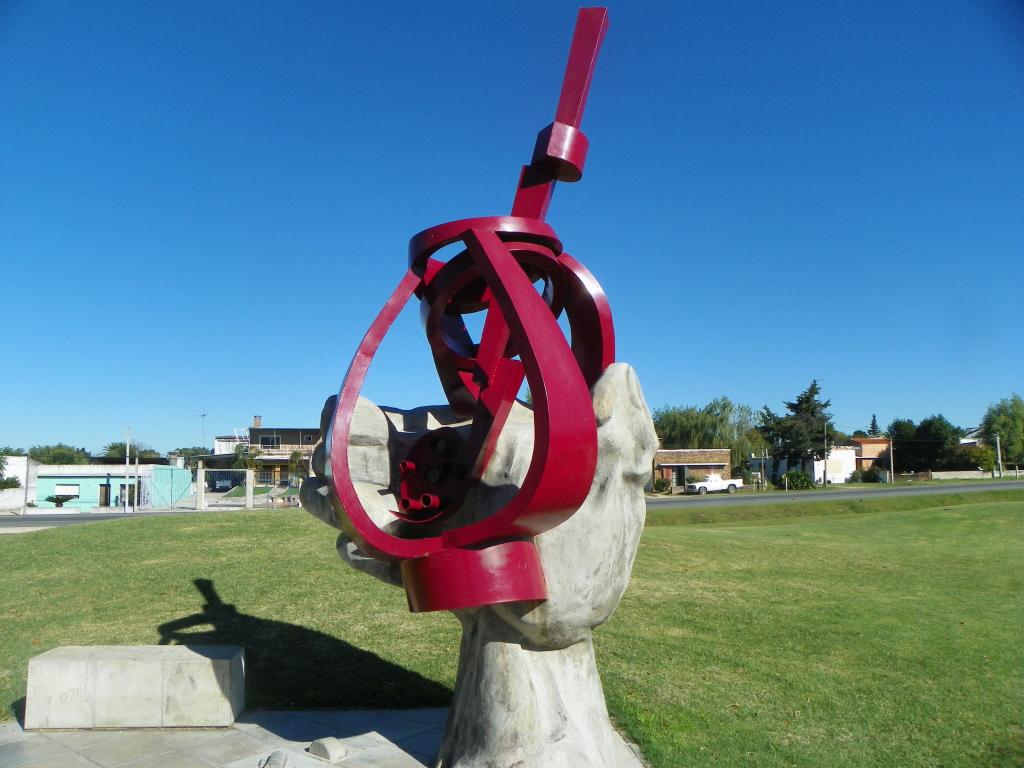 In the beautiful Uruguayan city of San José de Mayo there is a monument to Mate tea. The health benefits of this drink have been known since ancient times, and Guarani Indians called it the elixir of life. Mate is the drink of choice in many South American countries, however Uruguay is considered a leader in mate consumption – more than 85% of the population drink it every day.

The monument was designed by local architect and artist, Gonzalo Mesa, in 2008. The grand opening was held on the day of the National Mate Festival, which is started by a gaucho parade, and then a feast of the Uruguayan meat cooked on a special grate - Parrilla.

The 4.7 meter tall and 2.5 meter wide abstract metal sculpture is a hand holding a calabash gourd with a bombilla. Calabash gourds are made out of plants coming from the squash family, and a bombilla is a special metal straw. The volume of the monument's gourd could hold 6,000 kilos of mate. Around the monument there are other mate-related attributes – a thermos, a pot and  the mate plant itself.

This is the second monument to mate in Uruguay, the first one is located in Sarandi Del Yi, created in 1992.

Read more about Uruguay off the beaten path 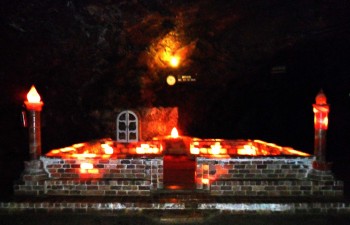