The tradition of Yule goat burning in Sweden 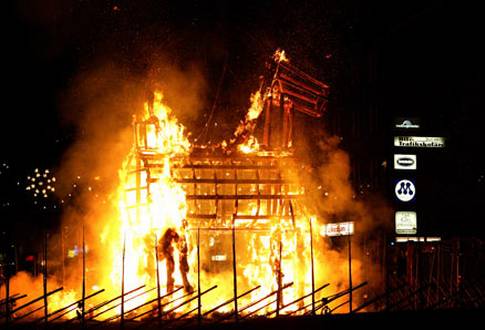 In Sweden and other Nordic countries the Christmas contender for Santa is the Yule Goat. Giant straw goats up to 17 meters tall are being erected all over those countries every December. The making of one goat requires 3-4 tons of straw. The most famous goat of all is the Gävle goat, which was even put into Guinness book of records in the middle of 1980s.

Yule goats have their origins in the Norse pagan religion. The chariot of almighty Thor, god of thunder, was drawn by two goats, Tanngrisnir and Tanngnjostr. Over time, Christianity overthrew Thor, but spared the goats. Since then, the goats played the role of the modern Santa Claus, giving out gifts to the obedient children. The peasants always had some straw to spare and to make goats out of it. However, this didn't last for long, since the church announced goats to be henchmen of Satan, and urged everyone to burn them, which gave birth to a new tradition.

Both of these traditions survived, and while the installation of a straw goat pleases the local authorities, the burning of it is very upsetting for them. Somehow, destroying the goat by all means possible without getting caught became a weird tradition among the citizens. The authorities try their hardest to make sure that the goat is safe or at least will survive until Christmas – they organize 24-hour policemen watch, set video cameras to broadcast the goat day and night at a website, where everyone can go and check if the goat is still standing. They hire guards, firemen, volunteers, fireproof the straw with chemicals, but to no avail. Most of the times, the tricky citizens come up with all kinds of ways to bypass the police and set the goat on fire or destroy it using other means.

Since 1966, the giant goat in the town of Gävle has been burned 23 times, in a few instances in mere hours after being erected, and sometimes even before it was completed. Besides that, a couple of times it was smashed into pieces, and once even run over by a car. The goat attack of 2005 sparked the biggest wave of goat burnings in Sweden, when many cities' goats went up in flames.

In 1986 the authorities of Gävle decided to built two goats and place them in two different parts of town, however both goats suffered the same inevitable fate. One goat survived an arson attempt in 2009, but was eventually stolen, and the other one was attempted to be thrown into the water, and then torched, after the webcam sites were attacked.

Nowadays, people place bets on the goat's survival. The goat arsonists are rarely to be caught, however, once, a 51 year old American spent 18 hours in jail for being suspected in the goat-burning of 2001.

Gallery: The grim fate of the Yule goats in Sweden

Read more about Sweden off the beaten path 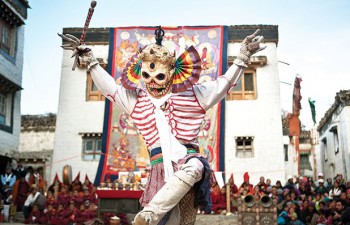 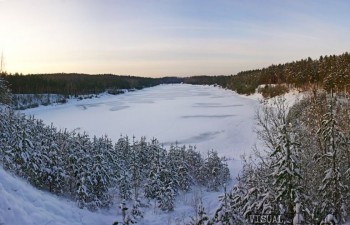