The Owl House of Helen Martins 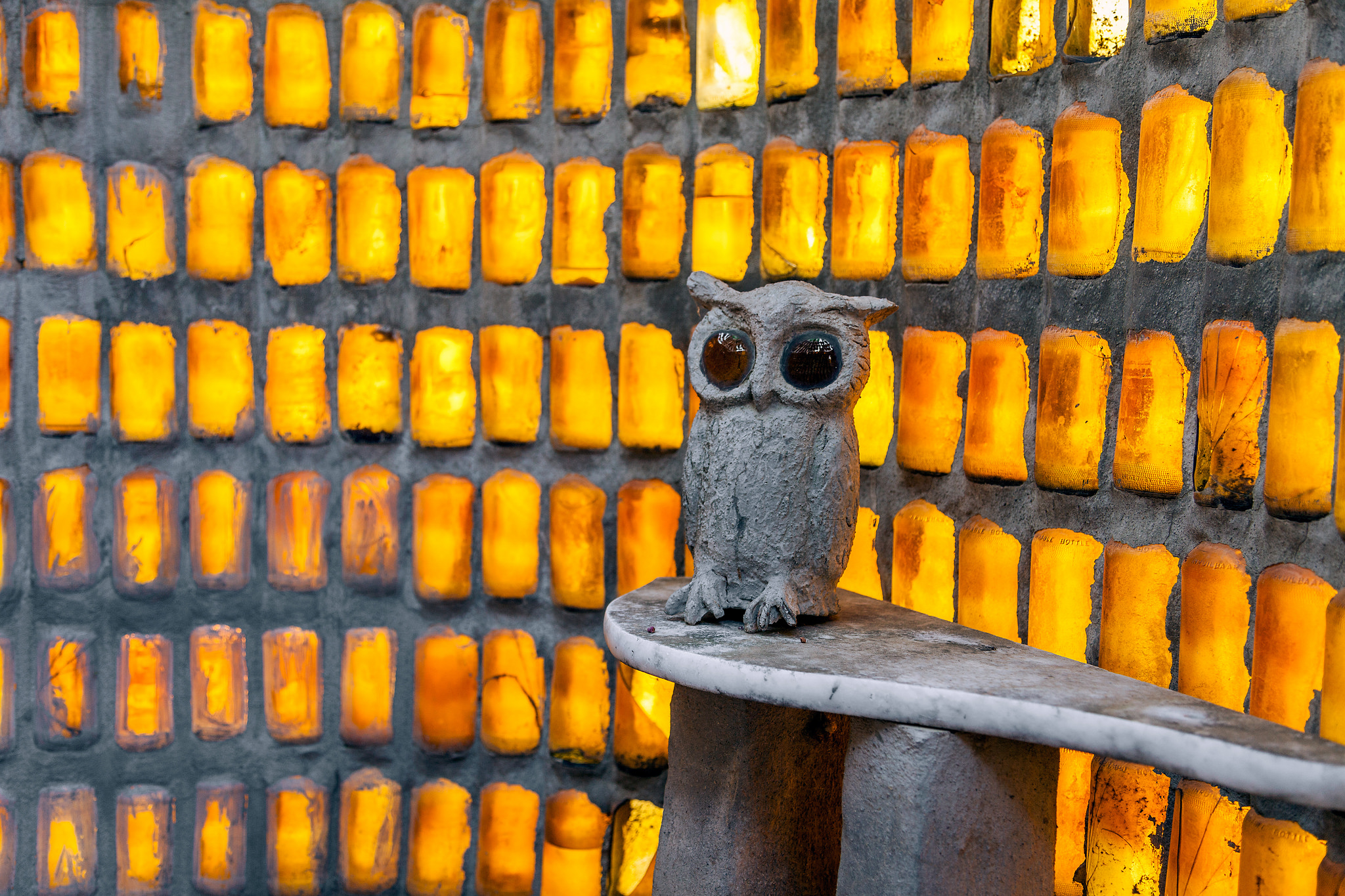 Owl House is the house-museum of the well-known South African sculptor Helen Martins in the village of Nieu-Bethesda, near the town of Graaff-Reinet.

Helen was born in 1897 in Nieu-Bethesda, and was the youngest of six children. She studied at a college in Graaff-Reinet, and then worked as a teacher in various places of the Transvaal.  Her marriage was unsuccessful, and  in 1928 she returned to her parents' house in Nieu-Bethesda, where she took care of her mother and father for 31 years. During her middle age, Helen suffered from depression. Before her father died, Helen moved into a separate room, with no windows and walls painted black.  After the death of both of her parents, Helen decided to renovate the house she inherited from them. In subsequent years, she withdrew from the outside world more and more, leaving home only once a month to receive her pension at the post office. Her art was considered suspicious and many locals even mocked it.

Despite the fact that Helen avoided contact with people, once a year at Christmas she would open her doors and invite the villagers to see her renovated house with mirrors, frescoes and stained glass, illuminated by the light of many candles.

In 1964, she hired a wandering shepherd, Koos Malgas, to aid her in creating concrete sculptures in the yard. Malgas became her friend and companion, and spent the last 12 years of Helen's life with her. Together with Helen, they created lots of unusual sculptures, which is actively used a broken bottle glass, shards of mirror and cement. They decorated the house with intriguing sculpture ensembles of owls, camels, sheep, sphinxes, people and religious symbols.  At that time South Africa was going through apartheid, and many locals didn't appreciate that Koos was helping a white woman.

In 1976, Helen began to lose her sight. Unable to imagine life without light, she committed suicide by drinking a mixture of caustic soda, broken glass and olive oil.

Koos Maglas stayed in the house for another two years, then moved to Worcester (Worcester), but returned in 1991 to restore the house, which was then declared a national monument. As it often happens, Helen's art was recognized as works of great mastery only after her death. The Hollywood movie, The Road to Mecca, contributed to drawing more and more visitors to the place. Prices of Helen's works soared and many African sculptors and ceramic artists come to her house for inspiration. Many of them stay and create new works of art. The Owl House is considered one of the fifty places of national heritage.

Gallery: The fascinating sculptures of the Owl House

Read more about South Africa off the beaten path