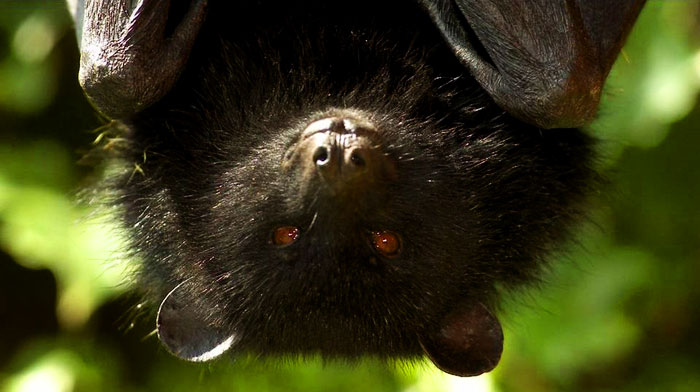 Comoro black fruit bat a.k.a. Livingstone's fruit bat a.k.a. Comoro Flying fox  is one of the largest bats in the world with a wingspan of almost 6 feet and in the wild, they are found nowhere else on earth except the two islands of Comoros, Anjouan and Moheli. Since 2005, the species are listed as endangered  - there are less than a thousand of them left in the world.

The place to see these unique creatures is  Parc Marin de Moheli – a marine park with the only protected forest in Comoros. The entire area is a natural reserve, which protects the giant sea turtles, sea life and the Comoros black fruit bats. The park is an amazing place for ecotourism – if you love being in the wild, hiking in the park will make your day. You might have to hike for quite a while to see a roosting spot of the bats, however it is well worth it.  The park area provides accommodation as well, since there are enough views and activities for a couple of days. 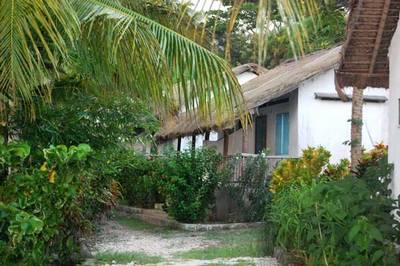 The black fruit bat was first described in the XIX century. It was assumed that these species could be found in abundance on the  island of Anjouan. Now the species are on the verge of extinction. The population of these mammals are being examined by Bristol Zoo and by the Wildlife Fund, founded by Gerald Darrell. It is believed that there are less than 1000 of the black fruit bats living in the wild – they roost in the trees of the islands of Anjouan and Moheli, and eat primarily ficus tree fruits.

According to the researchers, the flying foxes roost in remote mountainous areas, because they don't like to be disturbed – that is why it is not easy to estimate their population.

Because of the soil erosion on the hillsides, the local banana plantation owners have to constantly expand the agricultural area.  As a consequence,  Comoros is  one of the leading countries in deforestation, which impacts the population of the bats. Frequent cyclones and volcanic eruptions are another culprit in making it hard for the bats to survive.  In 2005 the species of black fruit bats were classified as endangered.

Nowadays, researchers are trying to get a more accurate picture of the size of the remaining population and to ensure the future of the species – it was decided to have a captive-breeding program for the bats in Jersey, Channel islands.

Read more about Comoros off the beaten path 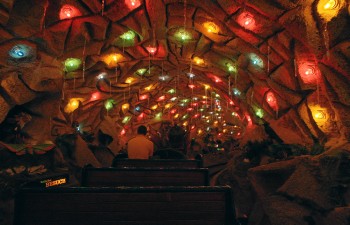