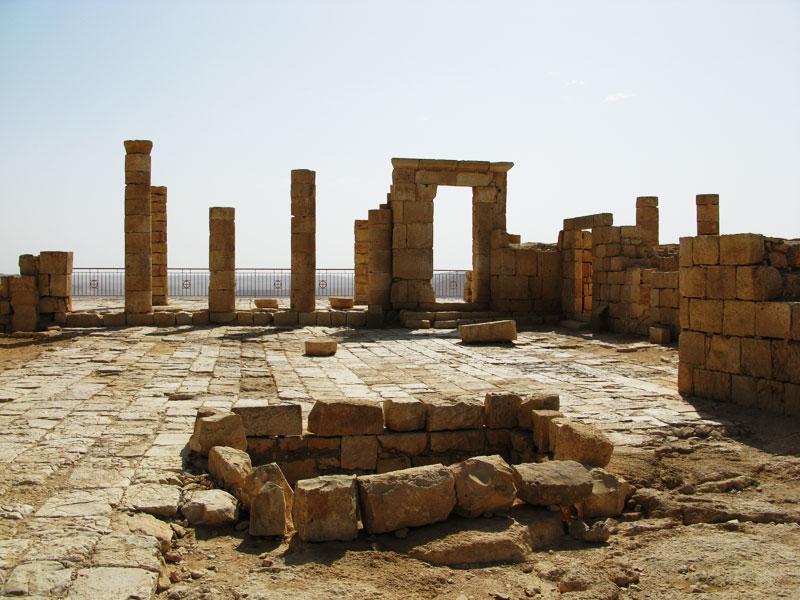 During the IV century BC by II century AD in the Negev desert there was a Kingdom of semi-nomadic tribes of the Nabataeans, who were shepherds, camel herders and robbers. Nabatean kingdom stretched across the Negev desert and then to Jordan, where they founded the city of Petra.

Avdat was named in honor of the Nabatean king Abadasa, who fought king Herod in the first century BC.

Nobody knows where Nabataeans came from and why they disappeared. After they were gone, only ghost towns remained and the cause of their disappearance hasn't been determined.

It is not clear who the Nabateans worshiped and what goods they bought from the lands of the Mediterranean, however, it is known that they themselves traded spices and incense.  Their trading was so successful that they achieved commercial power over the territories that nowadays belong to Jordan, Syria and Israel.

The Nabataeans did not plow, sow, build houses and drink wine. Those who violated these rules were killed. All the possessions of a Nabatean could fit on the hump of a camel.
No one was familiar with the desert better than Nabateans, with their excellent desert survival skills. All the way from East Africa to Palestine Nabateans would dig cisterns to gather rainwater. During a period of six months, the Nabataeans were able to move three thousand miles. Each of their caravans had about 10 thousand camels. The meat of dead animals used for food, and bones were used to create various utensils.

In the year 630, a powerful earthquake destroyed Avdat, and the city was abandoned. According to the other versions, the city was destroyed by the Persians in 613 year, or fell into disrepair with the arrival of Muslim Arabs. Whatever it was, Avdat turned into ruins.

The ruins of ancient Avdat were discovered in 1807 by Ulrich Jasper Seetzen. In 1902, the city baths and the military camp were excavated. Since 1958, the Israeli archaeologists have been working on the site.

Among the remains of the city potteries, Roman burial caves and altars were excavated, along with the Byzantine period residential neighborhood, a rainwater harvesting system and wells, the town's fortress, baths and wineries.

Some of the scenes of the 1973 Jesus Christ Superstar film adaptation of the rock opera were filmed in Avdat.