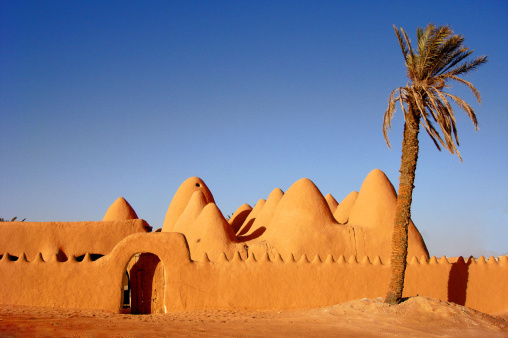 Awjila oasis in Libya has been an important area for hundreds of years – this used to be a caravan stop between the coast and Fezzan, and the palm trees of the oasis produced top quality dates. Awjila is one of a few centers of Berber culture, and Berber language is still spoken there.  One of the attractions of Awjila is the Great Mosque of Atiq, which welcomed pilgrims and caravan merchants on their way to Cyrenaican coast. This mosque is the oldest one in the region, and it has very unusual conical domes made from mud-brick and limestone.

The mosque was built around 11h century. Each side of the entrance gate to the mosque has a palm tree post. The mosque has 21 conical domes with small openings for the light. The domes were built this way to keep the inside of the mosque cool, with natural ventilation. The building has nine doors, which lead into the mosque's interior with pillars and arches.

The mosque was destroyed several times, and restored in 2006 for the Solar eclipse watching event in March. As of now, it remains unclear if the Civil war in Libya damaged the mosque.

Read more about Libya off the beaten path 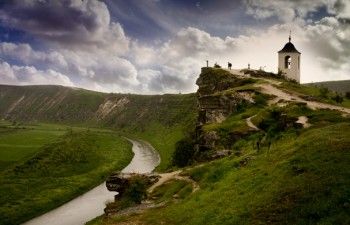