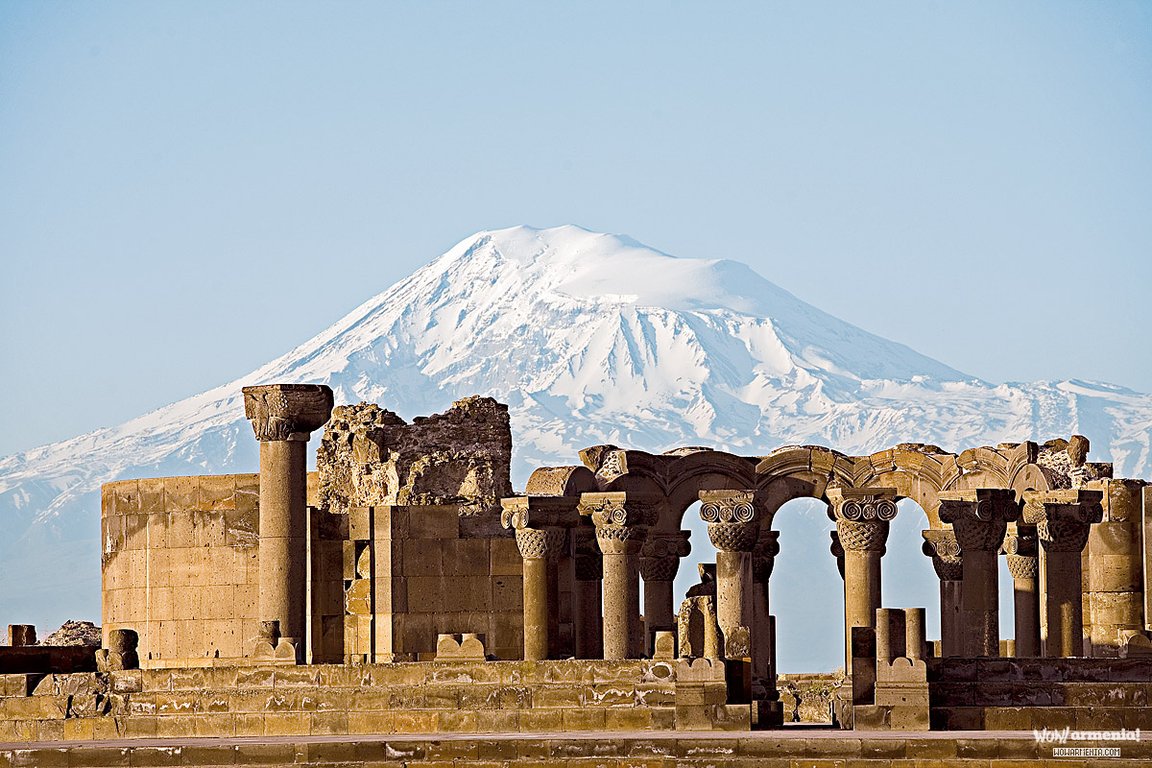 Zvartnots Cathedral is the Temple of Celestial  Angels or of the Vigil Forces, built in VII century.  Once it used to be the most magnificent church structure in Armenia. Now it resembles a cemetery of silent mysteries. The place is known mainly for  its prehistory, namely that the patriarch of the Armenian Church Nerses planned and built the temple in the middle of the seventh century. Besides this fact, many other questions remain unanswered.

The  name of the temple  - Vigil Forces – is, by itself, a mystery, because there was no notion of anything  connected to Christian traditions before or after the temple was built. Zvartnots' symbolism and iconography of its architecture are no less mysterious, being rooted more in ancient philosophical and religious teachings, rather than Christianity. Besides that, the reason for Zvartnots Cathedral' decay remains unknown, it seems that it was intended to  and, as if it was purposely seeking complete oblivion. Moreover, there hasn't been any sufficient research to try to dispel those mysteries.

It is possible that many of the answers are hidden in the personality of Nerses, however there are a couple of things that may clarify those mysteries, by analysing the political situation in the Middle Ages. It is known that Armenia originally formed among the eastern kingdoms professing Zoroastrianism and, on the other hand, it was heavily influenced by Hellenism. The effect of the Byzantine Empire on Armenia reduces mainly to the political dependence, not the cultural one

Therefore, Zvartnots Cathedral is rather a legacy of the ancient culture, disguised as Christianity. If so, the  destruction and oblivion of the temple becomes more clear – it must have been  a stumbling block for the gradually developing and dominating Christian culture.

Once Zvartnots was a round three-tiered structure with the Patriarchal Palace, accommodations, wine press and a sauna.  It is believed that the palace collapsed during an earthquake in the X century, although this hasn't been properly confirmed.

Gallery: Zvartnots Cathedral - the temple of Celestial Angels in Armenia