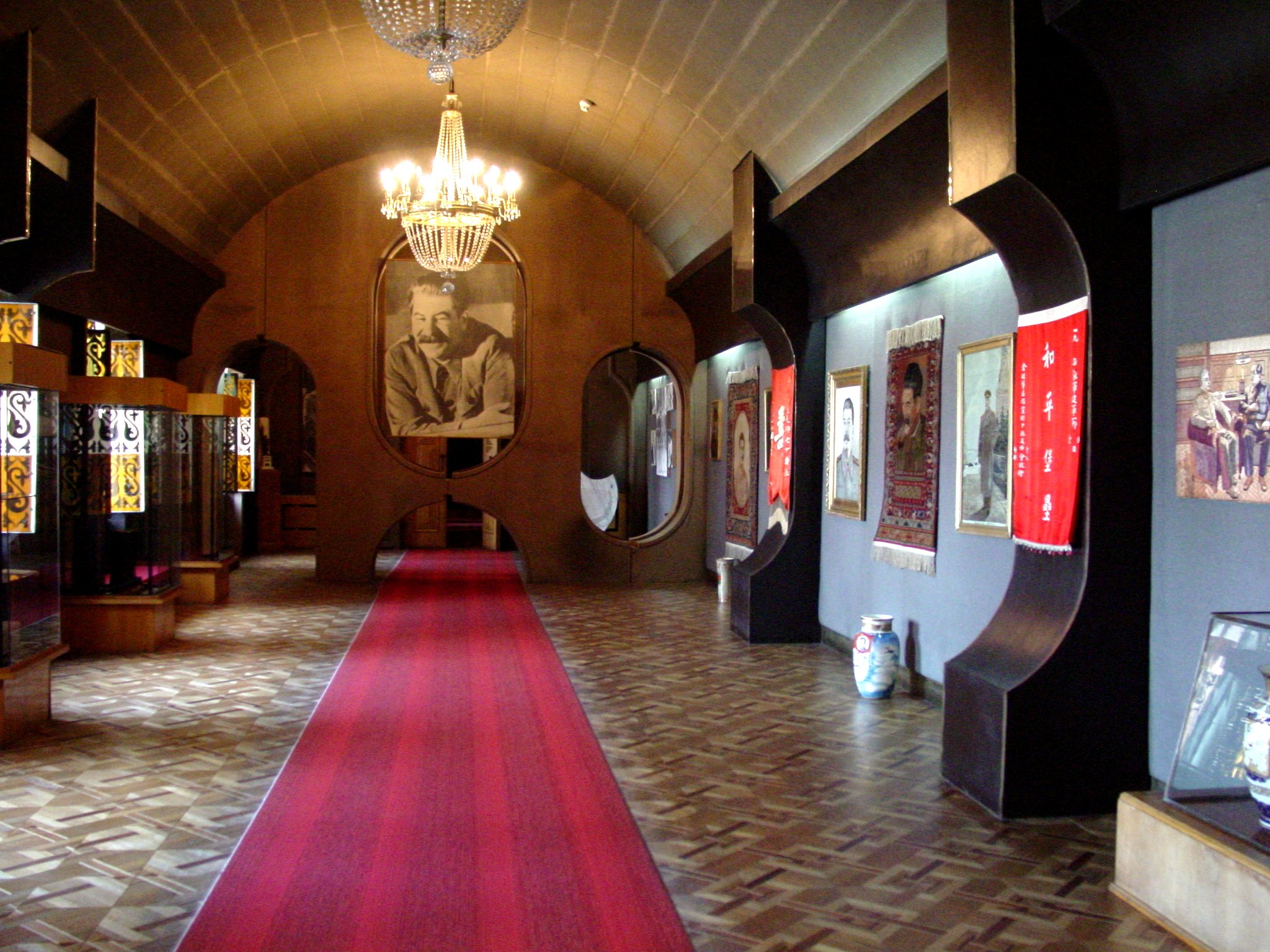 The city of Gori used to be just a usual Georgian city, and would probably stay that way, but in 1879,  an ordinary shoemaker's family of Vissarion and Catherine Dzhugashvili produced a son, and called him Joseph, or Soso. Soso grew up to become the leader of Soviet Union and is known as Joseph Stalin.

Gori became quite famous for being the birthplace of Stalin and for its museum dedicated to the leader.  When the construction of the museum started in 1950, it was intended to be the museum of the Great October Socialist Revolution. However, by 1957, the amount of Stalin-related objects was so vast that it was decided to make the place the museum of Stalin.

The museum consists of three parts, each telling visitors about a certain period in Stalin's life – the house where Soso was born, the museum itself, and Stalin's train car.

Stalin's childhood house tells about the family's history and early life of Soso. The house itself is very modest and quite ascetic, with well-preserved furniture from the past.

Vissarion Dzhugashvili's family had three children, but two of them died from infectuous diseases before Joseph was born. Stalin himself had smallpox as a child, and nearly died, but the disease left its traces on his face. Obviously, later photos of the leader were retouched and not many knew that his face was covered in pox scars. Stalin's house has some of his early photos, where you can see the leader's real face. When little Joseph overcame the disease, because of his mother's vow that if at least one of her children survives he will become a priest, he was sent to a religious school at the age of 15. The museum features his school photos as well.

After finishing the religious school, Stalin went on to Tbilisi to continue his studies. Young Joseph's poetry was published in the local newspaper, Iberia, which is also exhibited at the museum.

In 1899, at the age of 20, Stalin was expelled from the seminary for Marxist propaganda, and worked as a private tutor of Greek and Russian. Since then, his revolutionary life began, and the museum features photos from his seven arrests and a map of his exiles. While in exile, Stalin's already partially defunct arm, injured in a road accident, shriveled up even more and became shorter than the other because of frostbite.

The museum documents Stalin's first meeting with Lenin in Finland in 1905 and his activities with bolshevik leaders of the time. Other interesting documents are Stalin's correspondence with Lenin, Tsiolkovsky, the signed non-aggression pact between Germany and the USSR, anti-religious writings, Stalin's appeal to people after the surrender of Japan in 1945, and more.

Among the photos of Stalin's personal life there are images of his two wives – the first wife, Catherine Svanidze, died in 1907 of typhoid fever, leaving a 6 months son, Jacob, to Stalin. Jacob was the only child of Stalin who kept his original last name, Dzhugashvili. In 1918 Stalin got married to Nadezhda Alliluyeva, who shot herself in 1932, leaving two children, Vasiliy and Svetlana. Vasiliy was a military pilot, who died in 1962 in Kazan from alcohol poisoning. Svetlana moved from Russia to the USA.

As to the exhibited objects, there are Stalin's favorite cigars and pipes,  his personal belongings and the 6th copy of Stalin's death mask. The hall of gifts showcases many objects presented to the leader – silver trays with Stalin's face on them, a variety of vases, pitchers and household items. An interesting object is a mini-model of Moscow's Mausoleum, where Stalin was placed after his death, next to the body of Lenin. In 1961, his body was removed as part of de-Stalinization and buried in the Kremlin Wall Necropolis. The central exhibit is Stalin's boots and his two overcoats.

The last part of the museum is Stalin's armored train car, which remained in its original form except for the curtains and rugs – all other furnishings are preserved from Stalin's times. The interior features a kitchen, the leader's conference room and Stalin's private cabin with his personal bathroom, and staff rooms.

The museum also features a new separate room dedicated to Stalin's repressions, which has posters with facts.

Outside, in front of the museum, there is probably the last (or one of the last) remaining monument to Joseph Stalin.

Gallery: The birthplace and museum of Stalin in Gori

Read more about Georgia off the beaten path 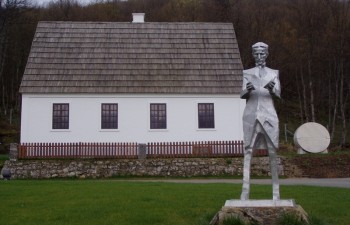 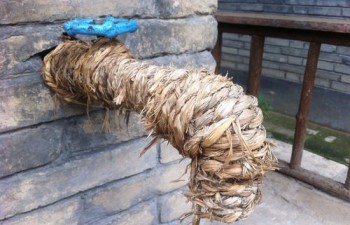 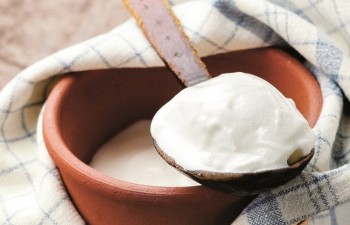