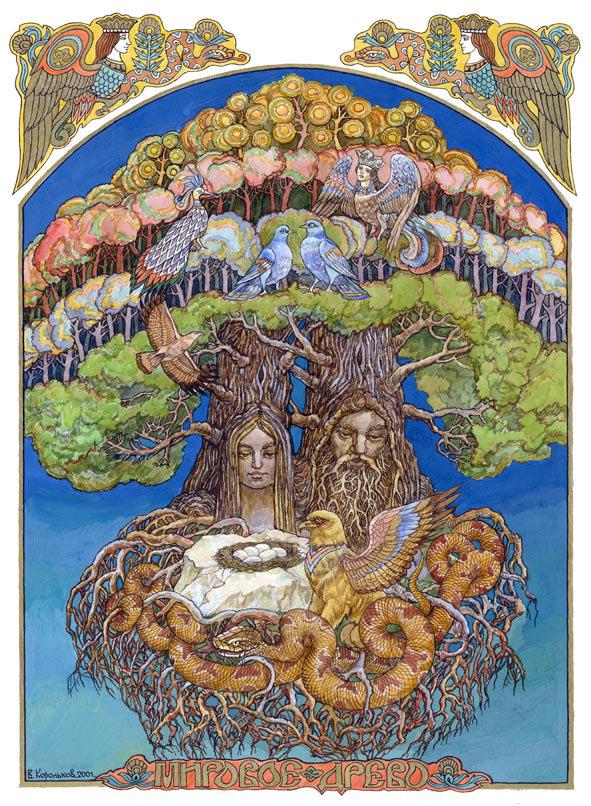 The Slavic creation myth talks about the Yusha snake, created by Svarog, the god of celestial fire, which holds the Mother Earth inside the World Egg and above the depths of the eternal ocean by coiling around it and biting its own tail. The place where the snake's teeth and tail meet is located at the mount Lysa Hora  - the Barren, or Bald Mountain - in Kiev.

Until now, Lysa Hora remains as it always used to be - completely devoid of any signs of civilization. The place doesn't even have light posts, which are present anywhere in a city. The biggest action at the mount usually happens in the month of May. Groups of pagans, satanists, and the ones who deem themselves to be warlocks gather at Lysa Hora to celebrate the pagan holiday Grudie Rosnoe, the days when Volhvs – the sorcerers -  would bring sacrifices to the god Rod.  Naturally, the local police is not very fond of these gatherings, since a third  of all suicides takes place precisely during these dates. Not so long ago, tolkienists and LARP enthusiasts took a liking to the place as well.

The folklore divides Lysa Hora is into three areas. The first one is called Rusalka (Mermaid) ravine, since it is located by the lake where mermaids used to live. The second one is the ravine of the Witches, where the sabbaths took place. The third and the biggest part of the mountain is called the Dead Men grove, where many ancient burial grounds were discovered.

Prior to the introduction of Christianity Kievan Rus professed pagan religion, and Lysa Hora was the place of worship for the followers. Pagan priests carved out dungeons in the mountain, where they  stored books, sacred artefacts, and gold.  After paganism was oficially banned, the priests moved into those dungeons, in hopes to create a new gospel, which would combine the old Slavic and Christian beliefs to accomodate the confused people. Their gospel was passed down by word of mouth, and is reflected in many Slavic myths and fairy tales.  The church regarded this gospel as a non-canonical Apocrypha work. Even now, stone plates with apocryphic inscriptions are still being discovered around the place.

Over the centuries, the apocrypha writers left the dungeons and sealed the underground passages. After them, the Christian monks started visiting the mount to perform penance and prayer, and to build their own underground monastery, which connected Lysa Hora with Kiev Pechersk Lavra.

If you think that Lysa Hora has had enough tunnels dug into it, there was even more digging to come. During the times of Peter I, it was decided to build a defensive fort for the city on top of the mount.  Lysogorskaya fortress was a very clever construction with the underground reservoirs to store water from the river Dnieper, more underground passages and dungeons. In the case of defeat, the fortress would be flooded with the help of the reservoirs. Besides that, the reservoirs were also the place to drown the disobeying peasants – about 3000 human remains were found there. 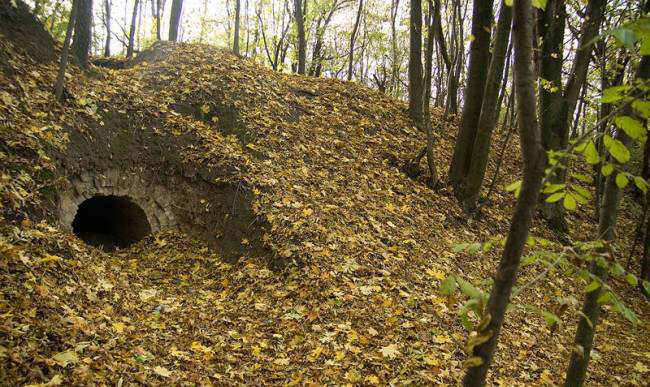 In the first half of the 19th century, the area around Lysa Hora was populated by monks, who peacefully cultivated fruit, vegetables, and engaged in bee-keeping. In 1897 the fortress on top of the mount became a warehouse, where gun-cotton, a highly flammable explosive, was stored – the locals had no clue that they could blow up any minute. Everything exploded in 1918, destroying a big area of the Pechersk region. That's when it dawned upon the military that storing explosives there was not a good idea, and the warehouse together with the underground passages were sealed once again.

In the beginning of the 20th century, the fortress served as a prison, and the area around it as the execution grounds. More than 200 criminals were executed on the mount.

In the Soviet times it was fashionable for the local officials to invite foreign goverment representatives to the mount, in order to woo them with the fact that any wish they thought of would come true. And of course, they would.  A notable case happened when the China and Tibet conflict was at its peak, and Dalai Lama sent a number of Buddhist monks to the mountain to wish for the end of war. On the third day of their praying, the leader of China, Deng Xiaoping, died.

During the German occupation, the mount used to be the Tiger tanks base, and some researchers often came across the German military reports, describing paranormal phenomena.

Today, Lysa Hora has a real underground city in its depths, which consists of caves from several historical periods - from the cells of the ancient Slavonic priests to abandoned military bases. Besides the treasures and books deep in the mountain, all kinds of things are believed to be inside of it – passages to other worlds, supernatural energies, skeletons of ancient adventurers and what not.  There are no doubts that all kinds of terrible things happened at Lysa Hora – during the excavations, archaeologists found a pit with burned books, decapitated chicken skeletons, plaques with inscriptions and human remains. The adepts of paranormal studies believe that there is a passage to the astral world over the mountain, and any spirit, be it evil or good, can manifest there at any time and bewilder people with some occult phenomena.  Moreover, since Lysa Hora used to be a place of blasphemy, ungodly desecration and many deaths, it emanates the energy of eternal doom for all who decides to take a stroll there after sunset.

So, if you are ever in Kyiv, make sure to visit this place at night and don't forget to listen to Musorgsky's Night on Bald Mountain compositions while you are at Lysa Hora, since this is the place he dedicated them to.

Gallery: Lysa Hora - the myths and legends of the evil Bald Mountain, Kyiv

Read more about Ukraine off the beaten path