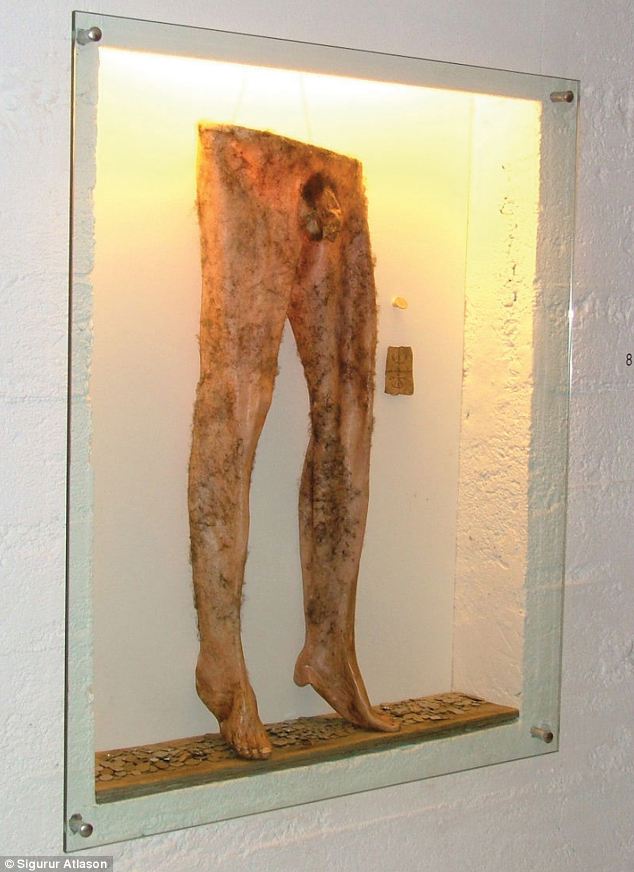 ​The Museum of Icelandic Sorcery & Witchcraft in Holmavik hosts the only known pair of nábrók - the Necropants, which, according to the legend, will bring the wearer wealth and luck.

In order to make such a peculiar piece of clothing, one had to obtain permission from his friend to use his dead body. After the funeral, one would dig up the body of his friend and remove the skin from the corpse from the waist down very carefully and in one piece.

Once the skin is removed, the new owner of the necropants would put them on and they would immediately stick to his skin. The owner also had to steal a coin from a widow, and put it into the scrotum, along with the magical sign, nábrókarstafur, written on a piece of paper. From then on, the flow of the money to the scrotum would be endless, as well as the lucky feeling.

The pants could be used as long as the owner lived, and transferred to the heirs. To ensure the salvation for the previous owner, as soon as he takes the pants off, one leg at a time - the new owner had to step into the pants immediately.