The mummies of Dr. Knoche 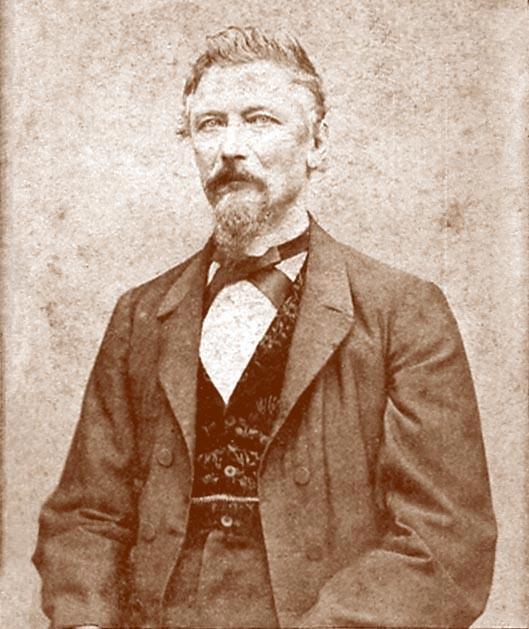 August Gottfried Knoche was a German doctor who invented a mysterious mummification elixir and when he knew he would be dead soon, had his nurse inject him with it to become a mummy himself. To this day no one knows the exact ingredients of Knoche’s embalming fluid.

Being such an extraordinary individual, this man had quite an interesting life. He was born in 1813 in Germany, and 3 years after graduating the University of Freiburg and working in the University’s hospital, he moved to La Guaira in Venezuela. There, he dedicated his time to fighting cholera epidemic and providing cure for poor people free of charge, and tending to soldiers during the Federal War. Seeing massive amounts of dead bodies, the doctor became fascinated with the process of decomposition, which lead him to perform strange experiments on unclaimed corpses.

Knoche’s goal was to preserve the bodies as pretty as they were during life. His house, the Hacienda Buena Vista became his laboratory, where his wife worked as a nurse and his daughter as an assistant. The cadavers would be transferred to his lab on muleback, and Gottfried worked day and night devising the magical fluid, which would preserve the dead body without removing the organs. After some time of seeing her husband surrounded by semi-embalmed bodies and all kinds of other unpleasantries, Gottfried’s wife moved back to Germany. Eventually the doctor succeeded and the word started spreading. So much so, that a famous Venezuelan politician, Thomas Lander, requested to be mummified by Knoche, and Knoche did agree. The nicely dressed corpse of Thomas got mummified and placed at a desk in front of his house, where it remained for forty years, greeting the passer-bys.

When Gottfried knew his time was running out, he instructed his nurse, Amelie, to inject him with a proper dosage of the fluid and lock him in the family mausoleum. Amelie was so dedicated to Dr. Knoche, that even after his death she remained in Buena Vista until the age of 88, gained the reputation of “witch of Avila” for her solitary way of life, and was placed in the same mausoleum after her death.

No one has found out what exactly was in the fluid that preserved the cadavers so well. Speculations are that it was based on an aluminium chloride compound. Unfortunately, the Hacienda Buena Vista got pillaged by vandals, curious medical students, looters, and swallowed by the vegetation. Not much of the place remained since then. The last visitors to see the doctor’s homestead was the writer, Miguel Aristiguieta, in 1922 and Federico Mila de la Roca in 1928.

The remains of the homestead are located in El Avila National Park and can be accessed only by footpath.

Gallery: The mummies of Dr. Knoche

Read more about Venezuela off the beaten path