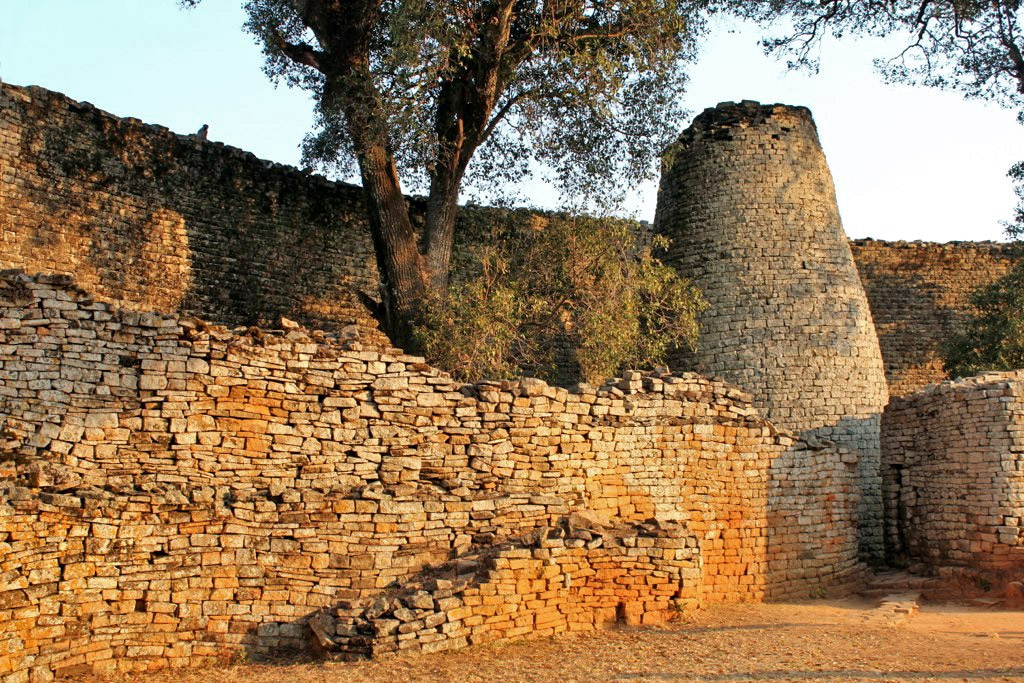 Great Zimbabwe is the name of the South African ruins of the ancient city in the province of Masvingo. In the XVI century,  lots of travelers went to that area in search for King Solomon's mines, the legends of which have long been spread throughout the world.  At some point, a group of miners encountered this  quaint ancient structure on their way.

The ruins that are hidden in a small grove, which is not typical for desert savanna, still cause a lot of controversies. In the  places where the houses were always built out of mud, sticks and leaves, this almost perfect stonework of the Great Zimbabwe is astounding. The length of the circumferential wall is 252 meters, the  height - more than 10, the thickness - about 5 meters deep, which is simply unimaginable!

Presumably, the stone fortress was built around XII century, but the skill of its builders was very impressive: the original complex consisted of several million heavy blocks (15 thousand tons of stone), perfectly matched and held without mortar.

The design of this ancient city itself is very strange: there are no straight lines, it is impossible to find a corner of the building, as all the walls are made to be roundish. Also, there is a nine-meter tall conical tower with no windows and door, and it is unclear what the tower's purpose was.

There are many versions of who  the Great Zimbabwe could have belonged to. Regardless of the arguments of the researchers, they agree on one thing:  whoever built the Great Zimbabwe - it must have been a developed and an organized society.  Some theories say that the city was built by the Queen of Sheba,  or  that it is of Egyptian, or Phoenician origin. The most popular theory is that the city was built by the ancestors of the Shona tribe, a Bantu-speaking group.

Although the Shona tribe theory is widely accepted, there are still a lot of remaining questions: if the site was a trading spot, it was not suited for the farming and food production to support the inhabitants. This could have been the cause that the city was abandoned later.

Read more about Zimbabwe off the beaten path

Find more off the beaten path near: Hurungwe Masvingo

The House of Mirrors