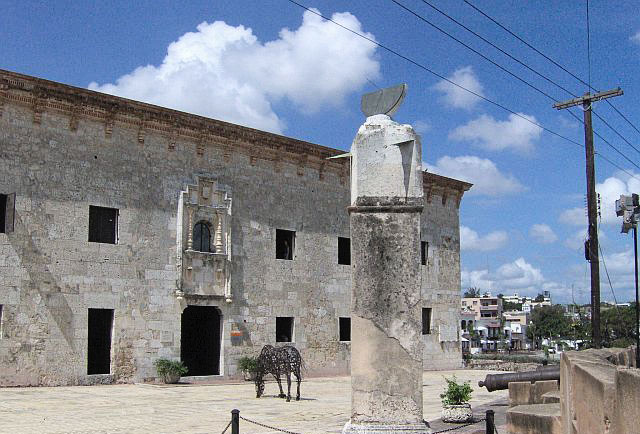 The Royal Sundial in Santo Domingo (El Reloj de Sol de Santo Domingo) is one of the most extraordinary monuments of the Dominican Republic. It was built in 1753 by the architect and scholar Francisco Rubio Peñaranda.

This solar clock is located opposite the Museum of the Royal Houses. This is where the court and the Palace of the Captain General were standing during the colonial period. The sundial was built so that the judges and the audience of the Royal Court were able to tell the precise time.

The dial has no moving parts and is made of only metal. The time on the sundial is indicated by a shadow, which is being cast by the vertically mounted metal plate on the dial. The South-eastern half of the plate indicates the time before noon, and the South-western side shows the afternoon times. The sundial is said to be very long-lasting and precise -  according to the locals, there was never a mistake even by a minute.

Gallery: The Sundial of Santo Domingo

Read more about Dominican Republic off the beaten path 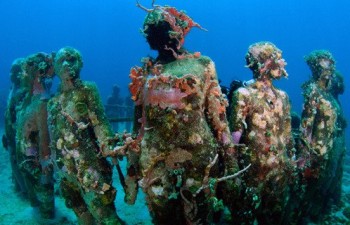