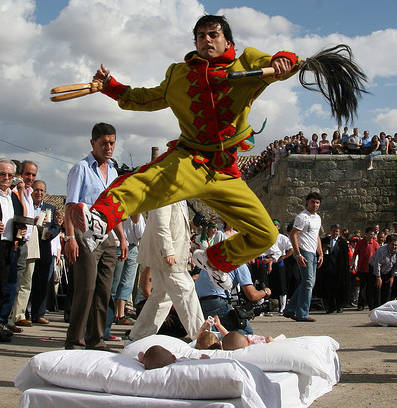 Would you like to see one of the oddest celebrations ever? Welcome to Burgos in Spain 60 days after Easter during the village's religious festival.

El Colacho in Spain, the Baby-Jumping Festival, is a popular event taking place in Castrillo de Murcia near Burgos annually since 1620! By having infants born in the previous 12 months lay on mattresses and men dressed as devils jump over them, the babies are supposed to be cleansed of their sins. Thus, El Colacho represents the devil that collects the evil from the babies. The act is called El Salto del Colacho which means the devil's jump. It happens on Sunday following Corpus Christi.

Some tourists find the devil's jump scary to watch. Once the cute little sinners have been jumped over, they are sprinkled by rose petals. After this rather awkward ceremony excited parents take their babies away. Luckily for both babies and parents there has never been any information of injuries. Despite religious roots, the Baby Jumping festival is not officially sanctioned by the church. And this kind of Olympic-like-hurdler-jumping caused some discussions at the higher-ups of the Catholic Church. Even Pope Benedict XVI asked Spanish clergy to distance themselves from the ritual. However, it seems not working. The locals are quite superstitious. They believe that who is not blessed in such a way in their early childhood would surely suffer from illnesses and other troubles in their adulthood. Some parents from other parts of the country also bring their infants to the exorcism ceremony with great enthusiasm, as well.

On the one hand, the spectacular procession might seem savage. However, don't judge by the pictures. El Colacho teaches history and traditions. It is a unique festival which certainly unites people. It takes a lot of planning, time and practice. The whole community gets involved into the organisation and come out on the day to celebrate and enjoy. Babies are alright and look quite satisfied with fun happening around.

Castrillo de Murcia in Spain is not large. There are only five hundred dwellers there. In the meantime, it is famous for its Baby Jumping Festival almost all over the world. El Colacho starts up to a week in advance of the event. Music, cheerful faces, decorations, running along the streets and general merriment transform the village into a lively place worth a visit.

Read more about Spain off the beaten path 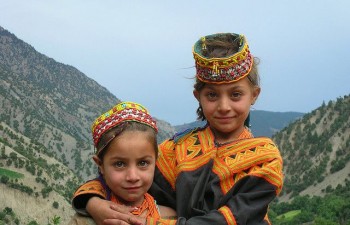 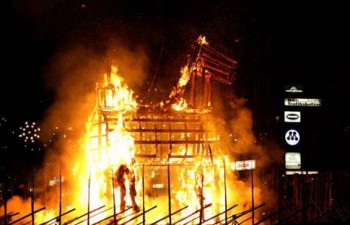