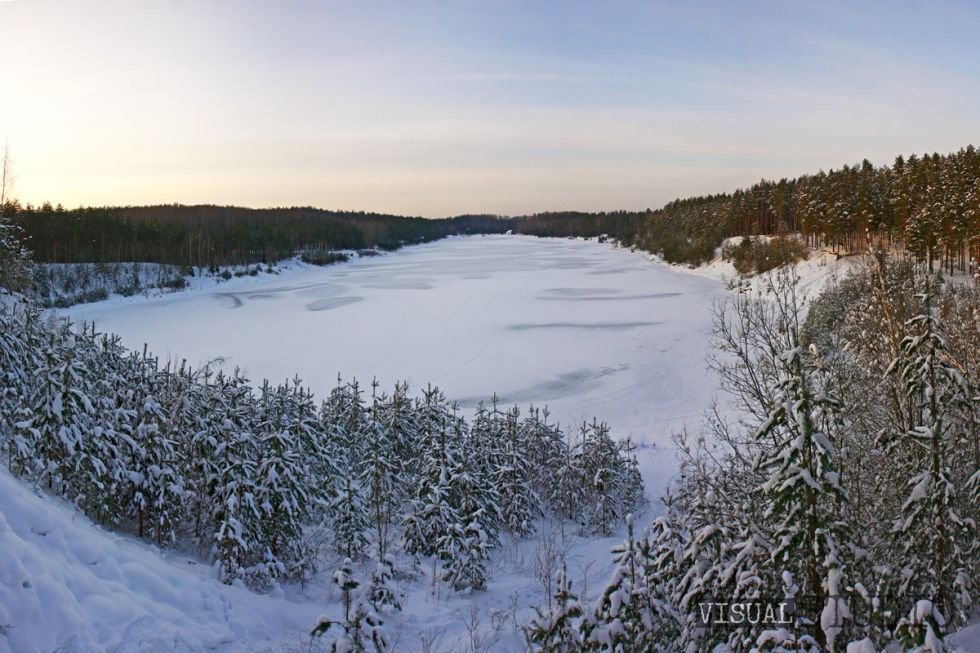 In the middle of a marshy plain north-east of Vidzeme, Latvia, stands Zilais Kalns – the Blue Mountain, covered with blue mist and shrouded in strange stories. Because of its obscure nature, some compare Zilais Kalns to Stonehenge.

Back in the day, when the area was under Swedish rule, the mountain used to be called Trollheim – the home of trolls. Zilais Kalns also used to be a site of pagan worship, witches' meeting place and burial ground – you can still see the ancient Upurakmens – a Sacrificial Stone with a bowl-shaped hollow standing on the  mountain.

In the middle ages, Charles XII of Sweden wanted to use the mountain for military purposes. Legends tell that the nature itself didn't let him do that  - an  incessant downpour began, denying the soldiers access to the mountain.

During the decline of USSR and the upsurge of superstitions, esoteric knowledge seekers and paranormal investigators, the place was famous for its healer Martha – people would secretly visit her to get healed by her special mantras, to bring back cheating husbands, stop fires, summon rains and what not.

Researchers of the paranormal love this place and claim that the mountain is a powerful energy source. They even painted 147 yellow power lines on the ground, marking the important healing spots. When  one crosses the lines, they are believed to heal his body and soul.

The Blue Mountain is, actually, more of a hill, covered with massive oak, fir, and maple trees.  On top of it there is a sign that says “Sacred Place” and another sign close to a big rock, which says “Vampire rock”. The Vampire rock tales say that it either sucks out all of your life energy, or serves as a healing object, taking away only what's bad. There are many weird-shaped rocks all over the mountain, which are also believed to have magical powers.