The Tree of Knowledge in El Qurna 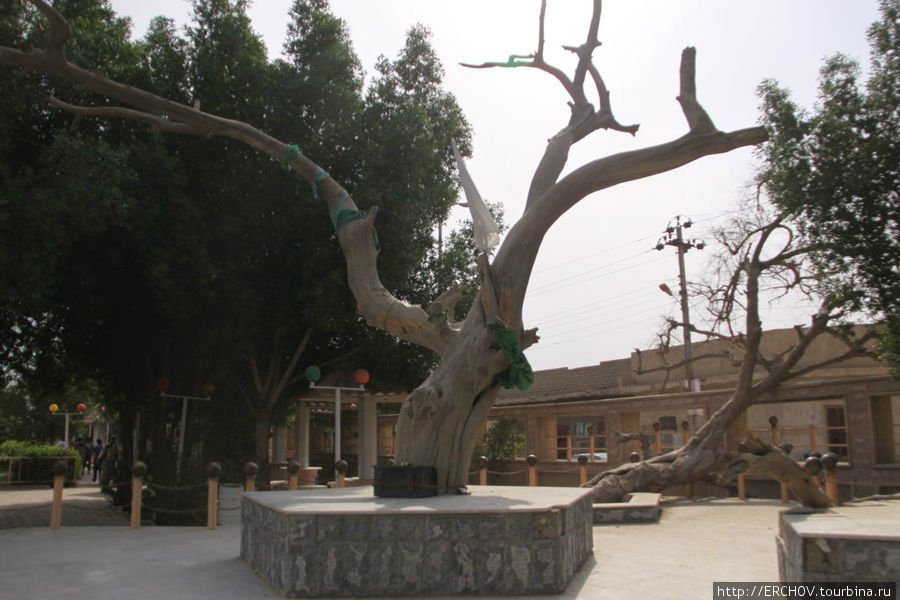 Some believe that the biblical Tree of Knowledge grows in El Qurna, Iraq.  At the same time, others believe that this tree would not have been able to survive until the present day. Whoever is right or wrong, the tree has a sign saying "Tree of Adam" in front of it to not lead the minds of foreign tourists into any confusion.

According to Biblical tradition, back in the day, the Garden of Eden was located in the south of the country, where river Tigris merges with Euphrates, right in El Qurna. Nowadays, the decayed trunk of an ancient tree is standing there on a small platform behind the fence - the tree, from which Eve got the forbidden fruit.

The "Tree of Adam" is a large jujube (Zizyphus lotus) tree, common to the modern-day Iraq, which bears yellow fruit twice a year. Locals call it Nabucco, consider it sacred and believe that Adam ate its fruit. Until now, the tree was derelict, and recently it has been transfered to the care of the Ministry of Religious Affairs.

Some stories of Genesis have been traced to Sumerian and Babylonian writings, and the story of this Tree of Knowledge may be older than the Bible itself - during excavations on the territory of the ancient Mesopotamia, a clay seal of Temptation was found and dated 4th millenium BC.  The seal has a man and woman reaching for an apple in the tree.

The tree also relates to polytheistic traditions of tree worship in the Middle East – it is customary to plant a new tree right next to the dying sacred tree, to continue its sacredness. Often there are several trees standing in the state of decay and there is no certain way to know which one is the original sacred one. Many pilgrims come to the Tree to pray and tie green pieces of cloth around its branches.

Gallery: The Tree of Knowledge in El Qurna

Read more about Iraq off the beaten path