Trolltunga - the scariest spot of Norway 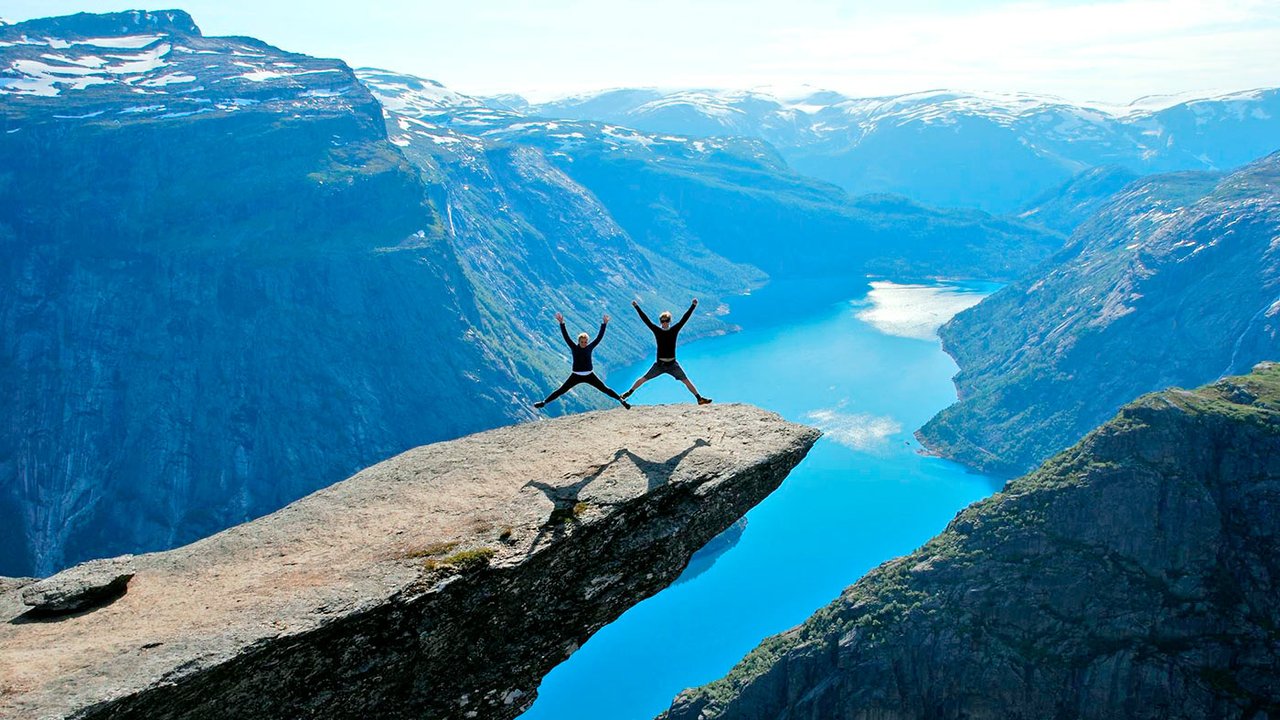 Trolltunga, the Troll's Tongue, is an unusual stone ledge with breathtaking views on Mount Skeggedal towering over the Ringedalsvatnet lake at an altitude of 700m. This famous and picturesque place is located near the town of Odda. This ledge looks like a sharp tongue, the name of which comes from an old Norse legend.

In the times long forgotten, a giant troll lived on one of the mountains. He was a curious troll who liked to experiment and challenge his fate by diving into deep and dangerous waters, jumping across wide gaps in the rocks, or trying to catch a rainbow over a cliff. One time, he decided to check if the rumor that the Sun is deadly for trolls is true. He hid in a cave, waited for dawn and stuck his tongue out of the darkness. The Daystar did not appreciate such courage and as soon as its rays barely touched the troll's tongue, he turned into stone.

Since then, this place attracts many travellers, despite the fact that the road to Trolltunga is not an easy one. People are willing to do a four-hour trek and risk their life just like the legendary troll for the sake of a great shot right on the ledge doing somersaults or stand on their hands, and sometimes doing professional extreme numbers. There were times when some brave individuals slipped off the Troll's tongue and fell down. Obviously, none have survived.

Moreover, the rock got so thin with time that it can break off at any moment. This increased risk   makes Trolltunga even more popular with the travelers who enjoy extreme thrills. Althouh the troll is long gone, his daring attitude keeps living on in the ones who love adrenaline rush.

Read more about Norway off the beaten path