Art for the sake of Su: Burkina Faso, Kassena people 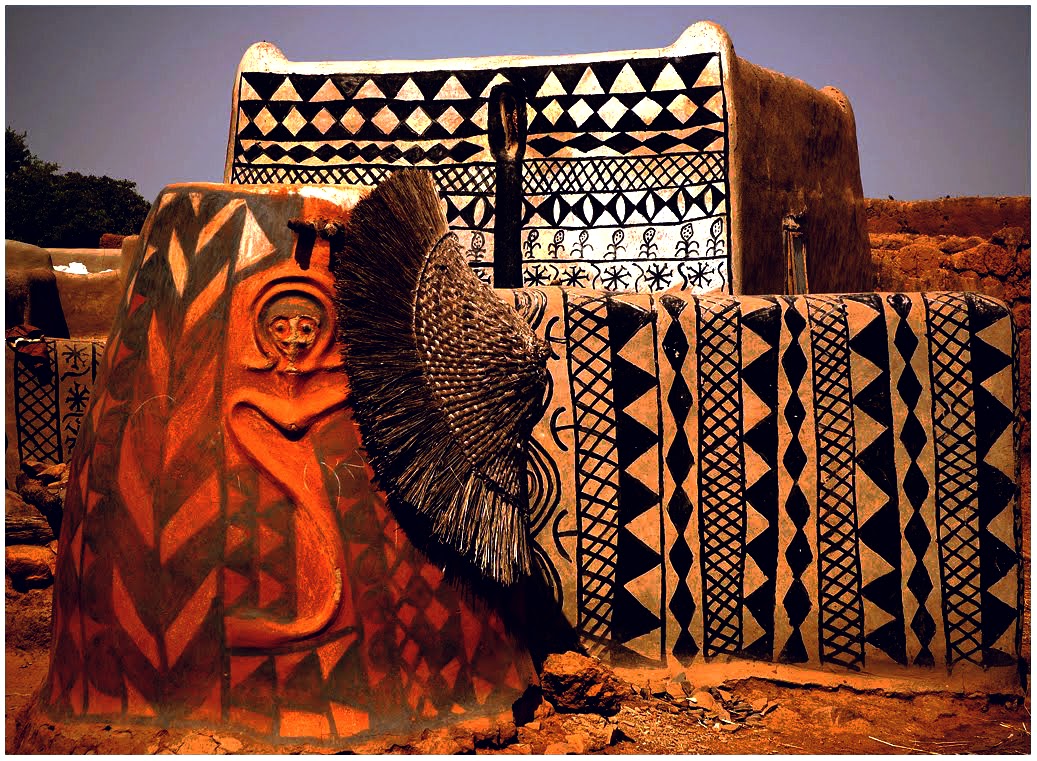 Kassena people are an ethnic group of Africa who became isolated in the 20th century and developed their own culture and traditions. Kassena lived in the Kingdom of Dagbon, which now has become northern Ghana and Burkina Faso. Nowadays, their headquarters with the chief are situated in the village of Tiébélé.

Kassena society consists mostly of farmers with equal rights, and one supreme council of elders, consisting of the oldest members of the community. The elders’ main occupation is to determine agricultural cycles and land distribution for cultivating maize, rice, peanuts and beans.

Kassena believe in the divine creator Su, who protects Kassena community and causes harm to their enemies. Each family possesses a set of magical artifacts related to Su, which is preserved within the lineage. In Tiébélé everything reflects the tribe’s dedication to their god.

One of the most interesting creations of Kassena are the intricately decorated houses in the tiny village of Tiébélé. The village itself is circular and occupies only 12000 square meters. Tiébélé is the residence of the royal members of the community, hence the decorating effort. Each hut in Tiébélé is built out of dung, clay, soil and straw, as it is customary. The walls are a foot thick and practically without any windows, just small openings to let the necessary amount of light in. Each of the huts is decorated on the inside and on the outside. The tradition of decorating huts lived on with Kassena women since the 15th century.Using colored mud and white chalk the women create amazing murals, covered with symbols of religious and everyday life character. In the end, the walls are covered by special varnish, made by boiling pods from the African locust bean tree. These intricate designs do not only serve as the eye candy. They protect the outside walls of the huts from the rain, both in the spiritual sense and in a practical sense, and are usually done before the rainy season. The symbols protect from the evil rain spirits and the painting material serves as a waterproof shield. The most skillfully decorated huts and mausoleums are honored by the people throughout generations.

Another recognized creation of Kassena hands are their wooden masks, strange anthropomorphic clay figurines, jewelry and furniture – all created to honor Su. There is a special hut in the village, dedicated solely to Su, which holds the mask of the god – the oldest and most sacred mask of the community.