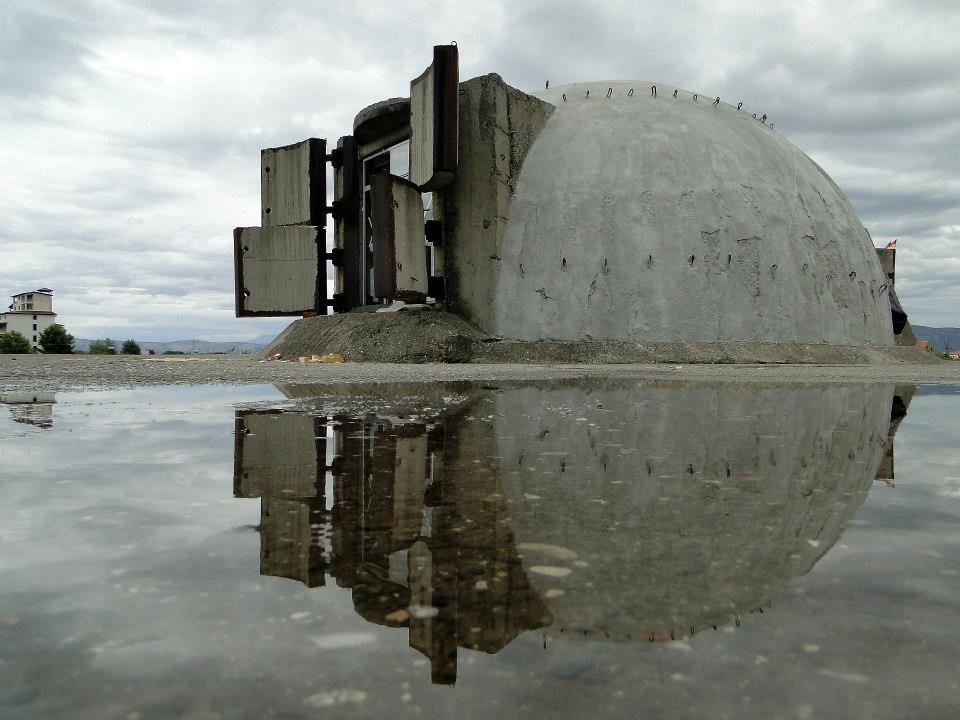 Albania is a country of natural beauty with rough mountains, picturesque coastline, remarkable attractions and a multitude of concrete bunkers which have already become an inseparable part of both urban and rural sceneries.

During the regime of the dictator Enver Hoxha, the socialist leader of Albania from 1944 to 1985, Albania became known for its isolation due to the man’s paranoia of being invaded. During Enver Hoxha’s 40 year rule, Albania transformed from a semifeudal relic of the Ottoman Empire into an industrialized economy with the most tightly controlled society in the 20 century Europe. As it is customary in strict socialist regimes, travelling abroad and religion were prohibited in the country.

Enver Hoxha’s paranoiac fear of an invasion from the USSR and NATO made him invest heavily into his people’s protection by building numerous bunkers and tunnels. Almost a quarter of the budget went to the military. What’s truly incredible is that the exact number of concrete and steel bunkers still remains unknown. There are approximately 750,000 of them spreading all over the country. Keep in mind, Albania is 28,748 square km (11,100 square miles) and there is one bunker per every four Albanians! Surprisingly (or not), the bunkers of Albania have never faced any invader.

Albania bunkers can be found in gardens, playgrounds, schools, apartment complexes, filling stations and even cemeteries. And there are different kinds of bunkers in Albania. The gigantic secret bunker situated not far from the capital city, for example, has 5 floors and 106 rooms. This one was built to survive a nuclear attack. However, most bunkers in Albania are small – they stand 2.1m high and consist of a cylindrical base, 1.8m in diameter with a domed roof featuring a narrow, horizontal opening. There are bigger bunkers for ten occupants built to resist close-range artillery fire.

Many Albanians see nothing negative in these abandoned bunkers and some take those structures for granted. The more inventive citizens applied for ownership and redesigned the bigger bunkers. Now, these previously unattractive military objects serve as cafes, restaurants, shops, wine cellars, hay storage, house toilets and changing rooms, and so on. On the other hand, not every Albanian wants to save these ugly relics of totalitarianism. Some people just destroy bunkers and sell their parts as building materials and what not. Demolishing bunkers is, however, illegal, but usually the authorities put up with that, as long as they don’t use explosives in the process and make it real loud.

So, if you are visiting Albania for the first time, don’t be surprised by unusual landscapes dotted with famous Albanian bunkers and see how many you can count during your trip.