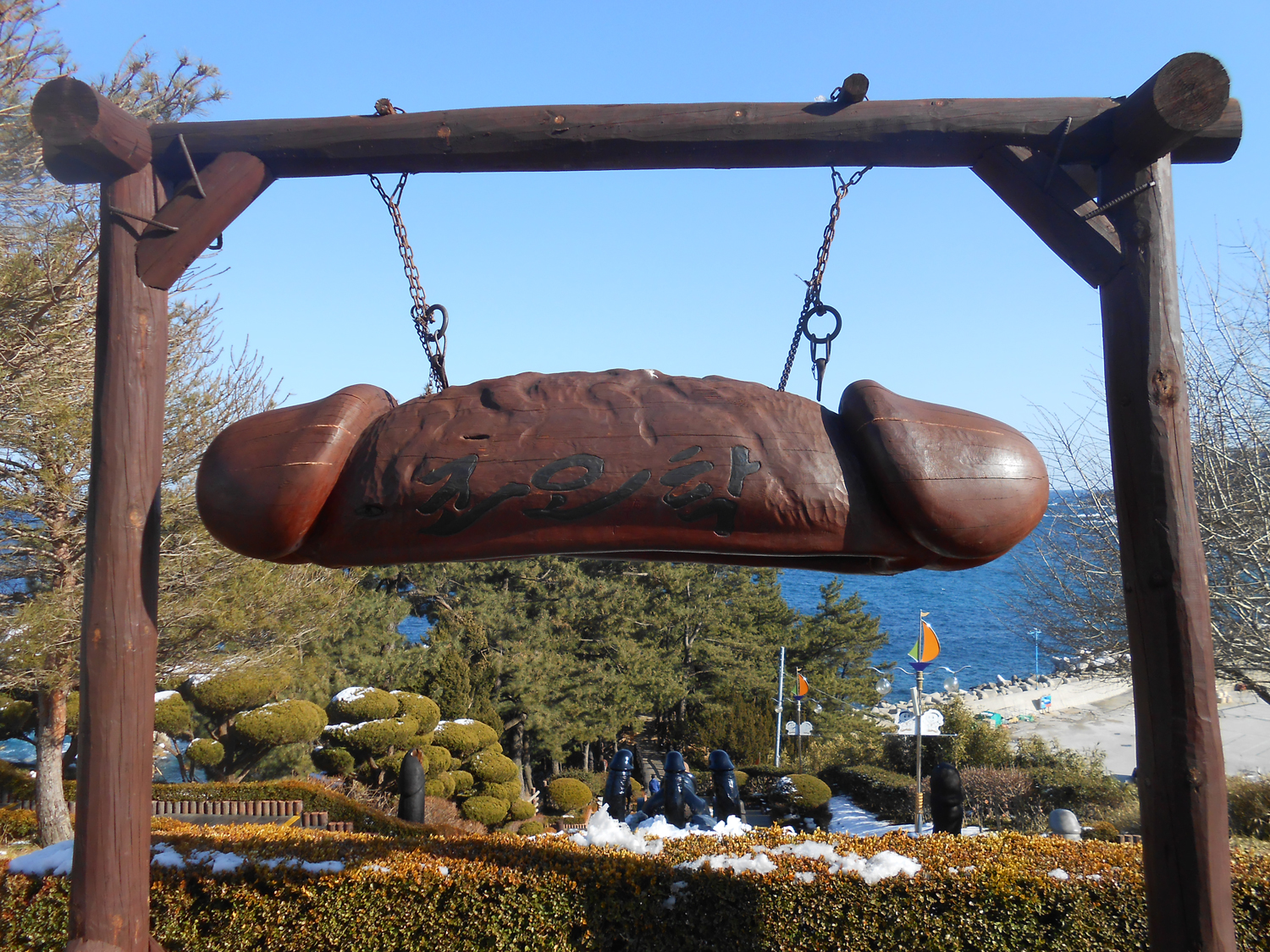 Haesindang Park, or Penis park is located in Seongnam, South Korea, 20 km south of Samcheok in Gangwon province. The park is dedicated to joy, spirituality and sexuality.

The creation of the park was inspired by the tragic story of Auebawi and Haesindang. Once upon a time, there lived a young maiden who was engaged. One day, her fiancee dropped her off at a rock by the sea, where she went to gather seaweed. He was supposed to pick her up later, but before he was able to do that, the maiden drowned in a violent storm. Since then, all the fish disappeared from the village waters, and the villagers knew that it was because of the spirit of the dead maiden. One day, a fisherman peed into the water and was able to catch some fish – he realised that exposing his genitalia to the spirit of the maiden that lives in the water appeased her.  The villagers then decided to make lots of wooden carved penises and held ceremonies on her behalf. After a while, the fish slowly returned and everyone was happy. To this day, the religious ceremonies take place twice a year near the Aebawi Rock, and the building for the ceremonies is called Haesindang.

Among the attractions of the park, such as the 50 wooden phalluses, one can note a beautiful pond, penis-decorated benches and erotically decorated tomb dedicated to the memory of the deceased virgin. You can also enjoy a vier of the sea while strolling through the park, surrounded by a fence of phalluses.

Whatever object you might be interested in, you will find it there in a shape of penis. Are you into noses? There is penis with a penile nose for you. A fan of fish? See the huge totem in the form of a penis-fish. If you are into army boys or warfare, there is an exposition consisting of penis-shaped cannons and penis-shaped soldiers by their side. If you are into astrology, there is a Chinese zodiac of sculptures in an arch, where each zodiac sign is carved inside of life-size penises. There are penis bells, penis joystiks and what not. And there is a phallic red lighthouse on the dock.

On the territory of the park there is also a small Village Folk Museum, which exhibits various objects of the sexual iconography through the ages in different cultures and shamanic rituals. The park also houses the largest aquarium theater in Korea.

Read more about Republic Of Korea off the beaten path