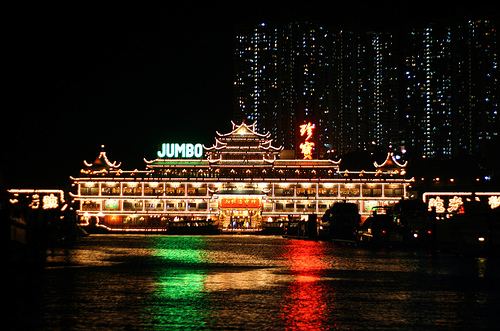 You can get to Jumbo Kingdom by taking a special boats that sail Aberdeen bay. The restaurant looks especially fascinating at night, with its wood carvings and red dragons, illuminated by colored lanterns. The interior is luxurious, with gorgeous expensive furniture, and the staff has impeccable manners. Traditional Chinese atmosphere is everywhere – one of the halls has an imperial throne, on which you can sit and feel very royal.

The Jumbo Kingdom restaurant's menu consists mostly of Chinese dishes, but the special feature of this institution is that they can catch any marine life right there and serve the visitor literally before his eyes. This pleasure is not cheap, but worth it. The fancy dishes include shark fin soup, turtle soup, drunken shrimp, lobster salad, a hundred-year-old egg, swallow's nest and others.

Read more about Hong Kong off the beaten path 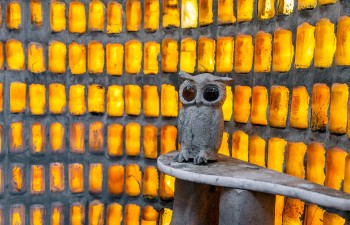