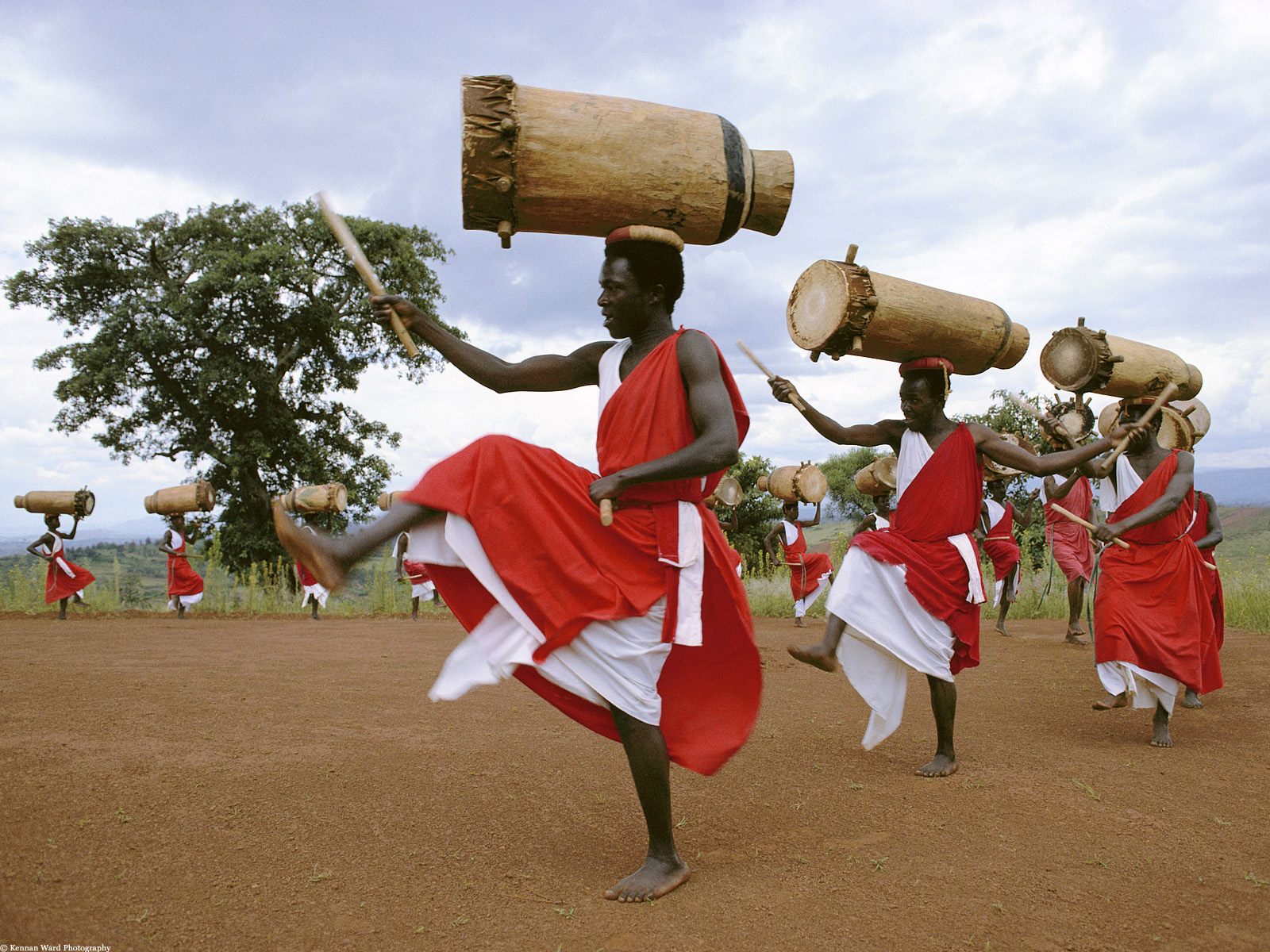 In ancient Burundi, drums were not just musical instruments – they were sacred objects used only for ritual purposes or for exceptional events like coronations, royal funerals, and umunaguro (sorghum) festival. Nowadays, the drums are reserved for national celebrations. The drummers of Burundi come from ancient lienages, who kept their art alive through the ages and have become popular around the world since the 1960s.

There are different types of Burundian drums – the large Ingoma, made from hollowed tree trunks; Amashako, which provides a continuous beat; the central Inkiranya drum, and Ibishikiso, which follows the rhythm of Inkiranya.

A special D’umuvugangoma tree (meaning “the tree that makes the drums speak”) is needed to create the drums. Since the beginning of the 20th century, the trees are harder and harder to find, and tribes would go very far to get the sacred wood. After finding the tree and marking it, the drummers would circle around it beating the drums over their heads. Then the chief would spray the tree with a n essence made of herbs to chase away the python, which is believed to dwell in the tree's foliage. Only after that, the tree would be cut down.

These instruments are stored in an ancient network of drum sanctuaries, where the instruments stay until they are brought out to be played again. In the sanctuary, the Inkiranya drum is placed on a heap of branches, and surrounded by the smaller drums. In the old days, the sanctuaries were guarded by Hutu families, who were the only people allowed to make, play and keep the drums. One of the famous sanctuaries is Gishora, which houses two ritual drums that were never beaten – Ruciteme (the one for whom we clear the forest) and Murimirwa (the one for whom we cultivate). The other three are the Higiro hill with its Inakigabiro (lady of the land) drum, Magamba hill responsible for the renewal of Rukinzo drum for each reign of a new king, and Banga with Nyabuhoro (the dispenser of peace) drum.

Gallery: The sacred drums of Burundi

Read more about Burundi off the beaten path

Electrum - the largest Tesla coil in the world