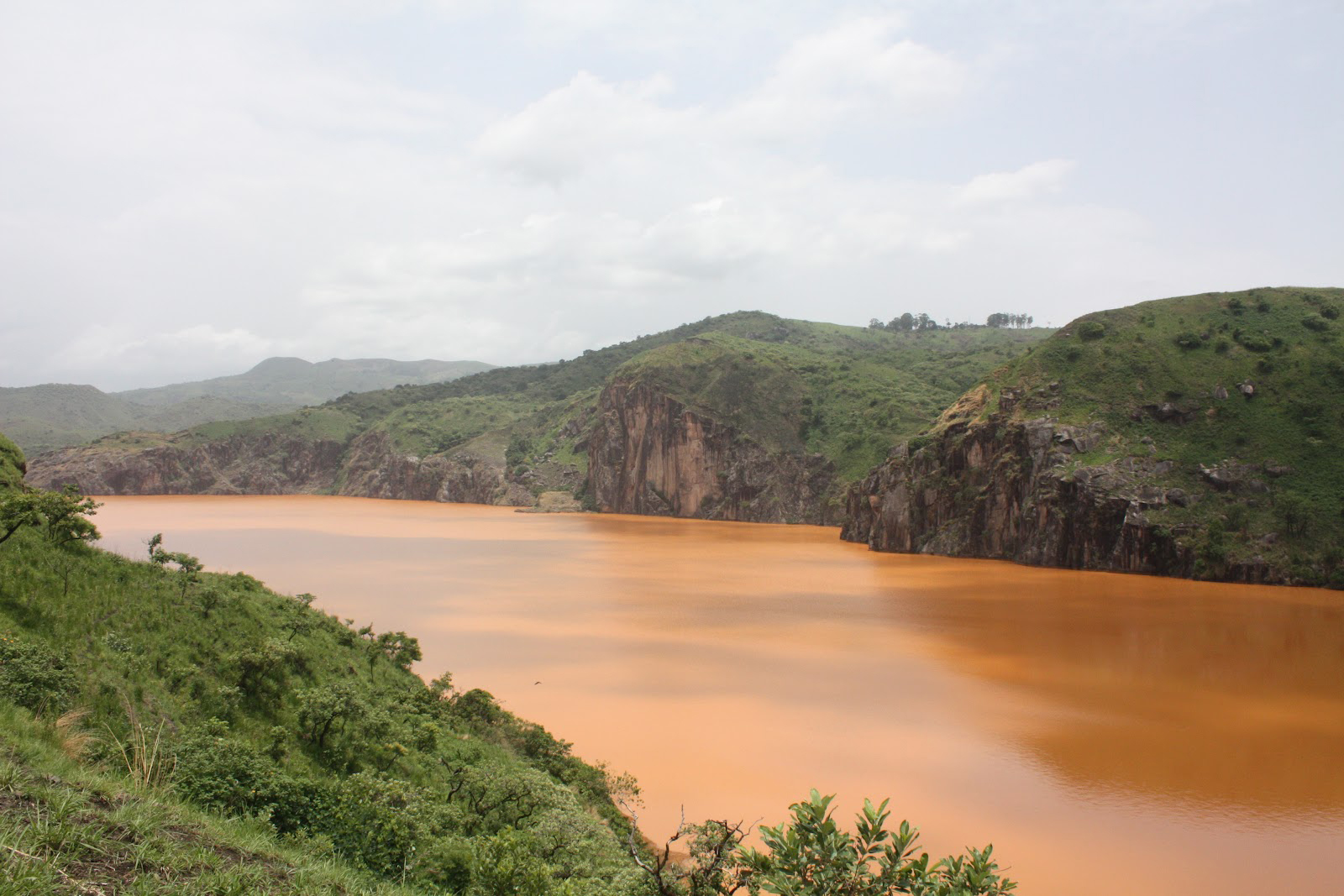 One Saturday morning, Mohammed Musa Abdullahi woke up feeling sick and sluggish. He started feeling sick the day before, and fell asleep right in the school building. Abdullahi walked back to his house and suddenly noticed that the streets of his village in the north-west Cameroon are devoid of any sound. The roads and yards of Subum were filled with corpses. People were lying as if they suddenly died while walking or in the middle of a conversation with a neighbor. All the dogs, all the cattle, all  the trees, birds and insects around him were dead.

This is what happened on August 21, 1986 in the village on the shores of Lake Nyos. Eleven members of Abdullahi family were dead, along with 1700 inhabitants of the village. Mohammed survived because he was in a closed office in a school on top of a hill.

The beautiful Lake Nyos is surrounded mainly by cultivated fields, spectacular cliffs and green hills. Its pearl-gray surface seems serene, however deep down a continuous accumulation of explosive forces is going on. Nyos used to be a crater of an active volcano, which erupted five centuries ago, and left a big magma plug on the bottom of the lake. The magma cooled down and got compressed by the water. Such lakes exist in different locations of the world, but only two of them can kill all the living things around them. The second lake is Monoun, located 95 kilometers south-east of the Nyos. And both of these lakes are ready to explode.

Because of the deep volcanic activity, which is still ongoing, carbon dioxide accumulates and goes up through the pores of the igneous rocks. The gas dissolves in the groundwater and seeps into the lake, creating a hellish mix in the lowest part of it. Usually, the movement of the water in the crater lakes lets the gas rise to the surface and evaporate into the atmosphere, without causing any harm. However, in the case of lake Nyos and Monoun, there is no substantial movement, and the layers of the water stay undisturbed. It takes an external event to make the layers move – a strong wind, unusually cold weather, landslide or earthquake. This causes the deepest waters rise to the top, CO2 gets released, pulling even more water from the bottom faster and faster, which results in a “champagne bottle” effect, when a huge fountain with stream of gas erupts from the lake. This is what happened in 1986 – a fountain 80 meters high burst out of the lake and filled the surrounding area with carbon dioxide.

Twice as heavy as air, CO2 descended onto the lake shores and suffocated all the life on its way. The cloud of gas can spread with a speed of 70km/h and can reach the settlements within 20km from the lake. A similar accident occurred on Monoun lake in August 1984, killing 37 people. Lake Nyos is much deeper and bigger, making it an even more powerful killer.

It is inevitable that Lake Nyos will explode again. According to recent reports, the lake has twice more carbon dioxide than it had during the previous explosion. This disaster could destroy the fragile dam in the northern part of the lake, letting the water flow into Nigeria and flooding settlements of more than 10,000 people.

Despite the fact that after the disaster in 1986 3,500 people were evacuated from the banks of the lake and settled in the safe areas, many are back - they are attracted by the fertility of the local land and rich vegetation. Corn fields in the south lay close to the water and Fulani herdsmen herd cattle on the hills. Moreover, in the early 90's some European researchers decided to fill the previously dead lake with the new generation of tilapia fish. This experiment resulted in increased breeding of tilapia, which made the locals happy and fond of fishing.

In 1999, an international group of scientists came to Cameroon to investigate the deadly lake and, if possible, find a way to prevent the release of the poisonous gas accumulated in its depths. However, the remoteness of this location complicates the task: to thoroughly examine and to de-gas the lake can not be done in a hurry, and there are not enough funds to carry out the task. Even UNESCO's involvement in the project was not able to help raise funds for it. Lake Nyos still remains a time bomb.

Gallery: Lake Nyos - the deadliest lake in the world

Read more about Cameroon off the beaten path

Find more off the beaten path near: Hauts Plateaux Menchum

Caño Cristales - the most beautiful river in the world