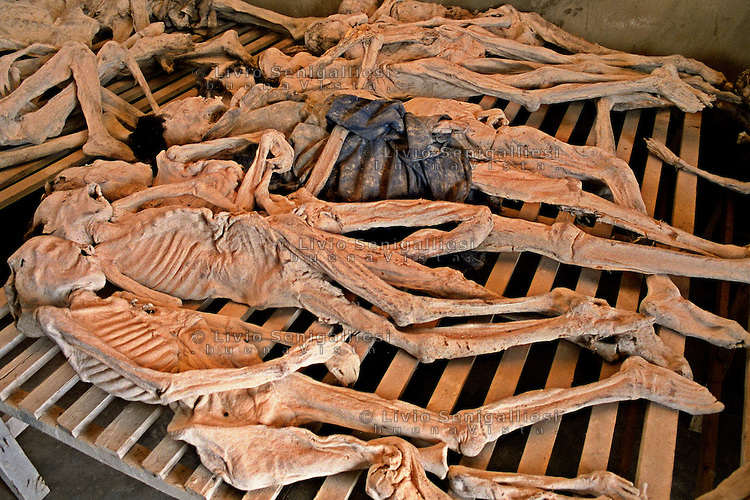 In Murambi, 26 km from Butare, there is a technical school  filled with human remains.  During the 1994 Rwandan genocide, which targeted the Tutsi ethnic group, Tutsis tried to hide at a local church, however the bishop and the town's mayor lured them into a trap. They sent Tutsis to the technical school, the “Ecole Technique Officielle”, saying that the French will protect them.  About 65,000 Tutsis ran to the school, where they were trapped by Hutu militia, their supply of food and electricity was cut off, and in a few days they were murdered with machetes or spiked clubs and buried in mass graves.

Later, the French placed a volleyball court over mass graves trying to hide what happened.  In 1995, the survivors of the genocide decided to exhume the graves, gather all the victims' remains and move the bodies into the school buildings, where the genocide happened.

Since the bodies in the graves were closely packed together and almost no air penetrated the graves, the bodies didn't decompose. To preserve the bodies for keeping them in the memorial, they were covered in lime (Calcium Carbonate). The school's classrooms were modified to have a space for the exhibits. The memorial has 848 unclaimed corpses on display in the rooms, which contain burial chambers, where the remains can be viewed through the glass. You can see the dead bodies of men, women and little children, mutilated by machetes. This is the most shocking and the most graphic display of the bodily remains in Rwanda, which serves as a testimony to the genocide that occurred in 1994. Some of the genocide survivors are now guides at the memorial, telling the visitors first hand information on their experience.

The easiest way to visit the memorial is to get a guide-driver from Kigali. Otherwise, you can get there via public transportation and minibuses, which can be tricky.

Read more about Rwanda off the beaten path

Find more off the beaten path near: Musanze 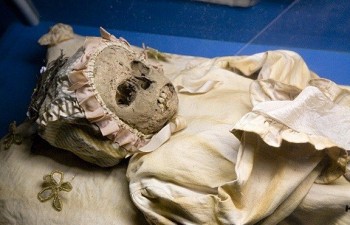