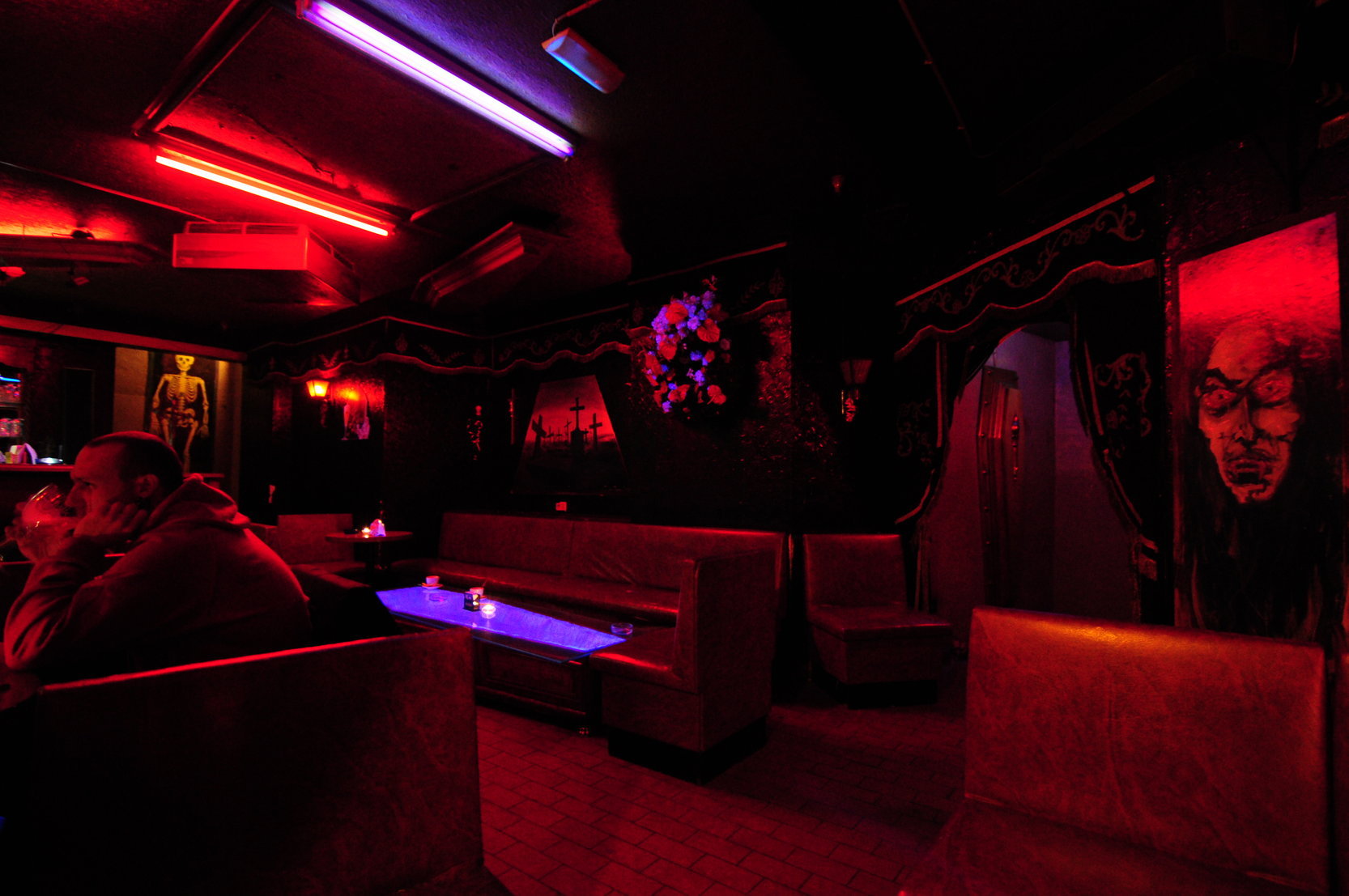 There is an interesting pub in Brussels called «Le Cercueil» - The Coffin.  This place is special because of its atmosphere and decoration. In the dim light of small red fluorescent lamps and walls painted black you can see skulls, coffin lids and other attributes of a funeral home rather  than a pub.

It would seem that such a "positive" atmosphere would scare visitors rather than attract them, but the place has visitors most of the time – usually they are tourists looking to explore Brussels off the beaten path,  the local young people who like grim stuff or sometimes respectably-looking man dressed in suits and ties.

Dark thoughts and superstitions aside, one can spend a nice evening in the place, sitting at a table and examining x-rays of vertebrae and human skeletons, while drinking beer from a skull-mug at the coffin-table with a skeleton laying in it, illuminated by a blue lamp.

Besides the  fancy furniture of the room, the drink menu is quite original as well. Generally speaking, the drinks they serve can be divided into three groups: beer, alcoholic cocktails and something stronger.  The names are fitting as well – corpse juice, devil's sperm, vampire blood.  You also get one free mysterious mixed drink after the fifth shot of whatever you were drinking.

«Le Cercueil» has been around since 1974, following the release of “The Exorcist” film, and it enjoys a certain popularity among the locals. It is quite easy to find it in the city - it is situated 30 seconds walk from the Grand Place,  and you can recognize it by the skeleton sitting in the window.

Gallery: The Coffin pub in Brussels

Read more about Belgium off the beaten path