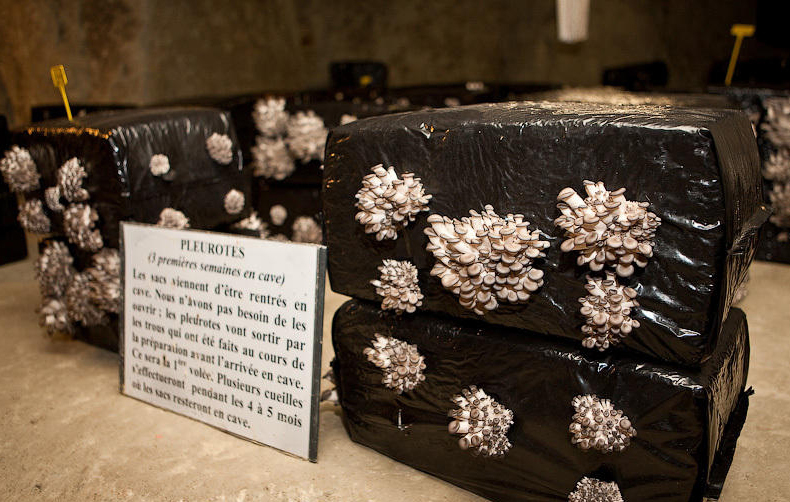 In the Loire region of France you can find many caves, which are used for mushroom cultivation. The caves have been inhabited on and off since 270 BC by troglodytes, who settled there to hide from barbarians, and later, in the 9th century, to hide from vikings. Nowadays, no one is hiding in the caves – these are domains of subterranean mushrooms and gourmet restaurants.

There are several places along the coast of Loire, where you can try different delicacies, one of them is Cave Aux Moines, 100 meters below the surface. Prior to the meal, you can take a guided tour of the place and learn about the the cave's history, mushroom cultivation, taste all kinds of fresh mushrooms, grown right in the cave and try Loire Valley wines from the cellars. Farming mushrooms is an old tradition of cave dwellers of France, and the area remains a major exporter of special mushrooms to this day.

Humidity and a proper temperature are very important for mushroom cultivation – the temerature is kept at +12 degrees Celsius. The mushrooms grown in the cave are used  solely for the restaurant meals. If you have eaten Parisian champignons or pleurottes, you will be thrilled to find out that they are grown on big plastic bags filled with horse manure. Shiitake are known to grow on trees in Japan, but here they are being cultivated using special square blocks, made out of sawdust. A virgin block weighs about 8 kilograms, and after a couple of mushroom generations have grown on it, the block's weight goes down to 500 grams. Oyster mushrooms are also grown on blocks, but these are composed of manure and soil. The most precious fungi are Blewit mushrooms – they grow in manure containers covered with white cotton wool.

Besides a variety of mushrooms, the caves have many frogs that jump around carelessly among the visitors. Frogs are needed to fight mosquitoes, attracted by the high humidity of the place.

Gallery: Cave aux Moines - a restaurant in a mushroom cave

In: caves, bizarre restaurants and bars

Read more about France off the beaten path 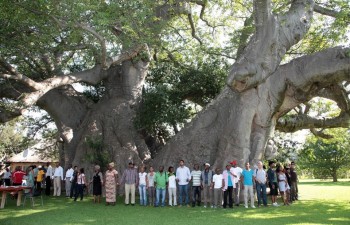 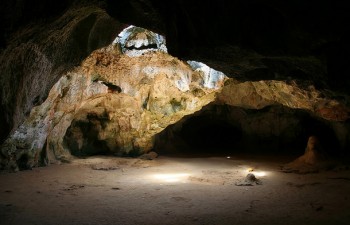