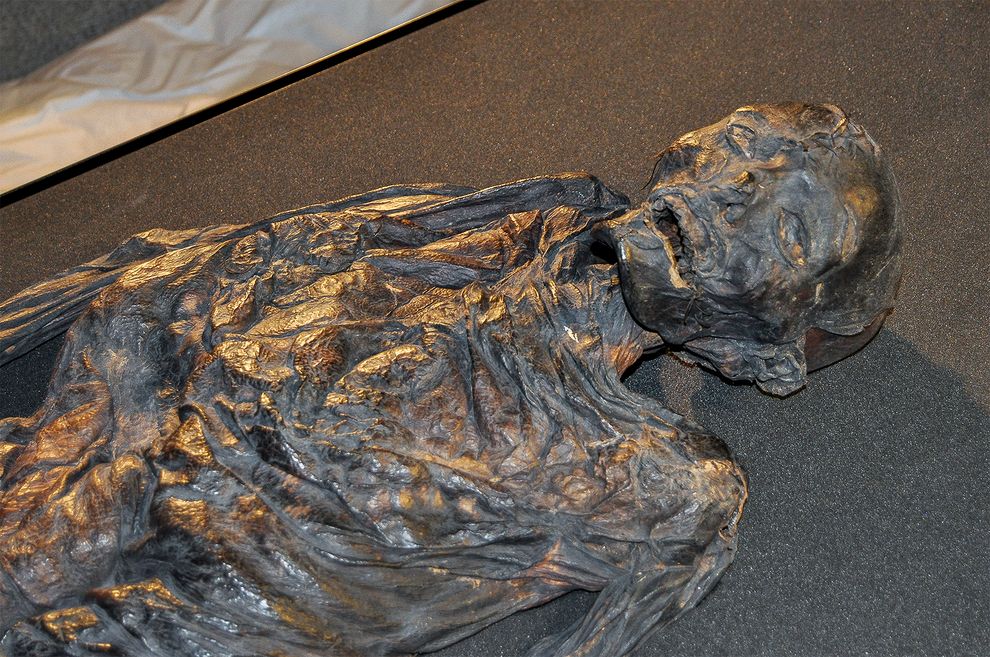 On a sunny day of 1835, Jutland farmers of Denmark were excavating some peat around Haraldskær estate and found a dead female body in the Gunnelsmose bog, with antique leather garments next to her. The body was so well preserved, that if not for the clothing, the farmers would have thought that the woman died not so long ago. Further examination of the body revealed that the woman lay dead in the bog since 490 BC. The anaerobic conditions and chemicals in the bog contributed to the excellent preservation of the body – the skeleton, skin and internal organs were intact.

Soon after the discovery of the body, all kinds of theories started circulating about who the body might have belonged to. The most popular theory was that the woman is Queen Gunhild of Norway. According to Jomsvikinga saga, she was killed and drowned in a bog by order of the Danish King Harald Blue Tooth. Therefore, King Frederick VI decided to put the body in a beautiful carved sarcophagus in the church of St.Nicolas in Vejle.

In the 70s, radiocarbon dating confirmed that the body was older than Queen Gunhild, who lived around 1000 AD. By then the body got completely dessicated and shrunken. Forensic examination determined that the woman was about 40 years old at the time of her death and that she was about 1.50m tall.

In 2000, Haraldskær Woman was re-examined and it was determined that she had traces of strangulation on her neck and that she was probably a ritual sacrifice given that the body was naked with her clothes placed carefully next to her.

Haraldskær Woman's body owes its survival till the present day to her mistaken identity in 1835.  She still rests in St.Nicolas church, where visitors can pay homage to one of the only human remains from the Iron Age.

Read more about Denmark off the beaten path