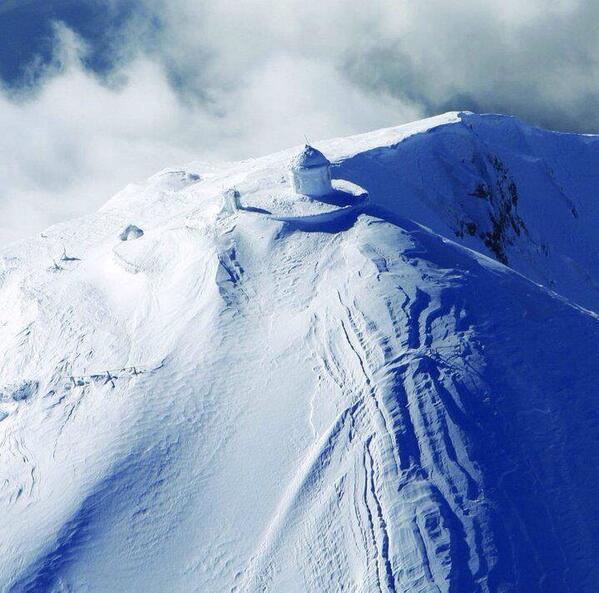 Mount Tomorr in Albania is attractive not only for its picturesque landscapes and a rarely achievable solitude for a modern traveler, it is also a place of pilgrimage and a place of worship of the Europe's last Bektashi Order of Dervishes.

Bektashi is a Sufi order named after a 13th century Persian saint, Haji Bektashi Veli. It is close to Shia branch of Islam (for the veneration of Ali), contains some elements of Christianity and even shamanism. For example, Bektashi use the Gospel and revere almost all Orthodox saints. They also have an initiation ritual similar to baptism, using water with rose essence, and a semblance of communion with bread, wine and cheese. The details of those rituals are kept secret and no one except for participants may know what happens during the ritual.  Another unique phenomenon in the Muslim world is practice confession and use of religious icons.

Bektashi Order existed in Turkey, Albania and Bosnia, and consisted of many Christians who converted to Islam. The order was also active in Syria, Iraq, Egypt, and other countries. According to Bektashi, the world is perceived by the triad: Allah, Mohammed and Ali. In Islamic folklore Bektashi were always described as free-thinkers, deviating from traditional Islamic laws. For example, Bektashi did not care about  banning of alcohol and pork, the requirement for women to cover their faces, facing Mecca while praying and other rules. Haji Bektashi himself did not abide by the rules of Sharia and never even prayed. The basic ideas of the order concentrated on a mystical union of man with God, respect for others, tolerance, condemnation of luxury and equality of men and women.

All Ottoman Janissaries were attributed to the Bektashi order. After the dissolution of the Janissaries in 1826, the order lost its privileged status, and after the revolution of Kemal in 1925 Bektashi fled  Turkey and settled in Albania, where 20% of the population were connected to the order.

Currently, in contrast to Turkey, where the Bektashi are mostly a tourist attraction, in Albania, which is now the center of Bektashi activity, practicing the order's beliefs is quite a common phenomenon. In Albania, entire rural areas would convert to Bektashizm to resist Sunni Islam - the religion of their conquerors. In the early twentieth century, after the proclamation of independence of Albania, the state  recognized the independence of Bektashi religious community, and Tirana was transformed into a world center of this religion. Until then, the Order acted as a secret organization. Although Tirana is the center of Bektashi in the modern days, a detailed study of their doctrine is still not possible due to the extreme isolation of the organization.

There are several Tekkes on Tomorr mountain. A Tekke is a Bektashi lodge, which combines a number of different functions, like charity and accomodation for travelers. Sometimes tekkes were built isolated, but more often they were connected to a mosque, with a large kitchen and dining room for novices and visitors, and sometimes with a school. Usually the same complex had the tomb of the founder, and the newer tekkes would be built around the existing sacred burial places.

Tomorr mountain is one of the main pilgrimage places, as well as the place of the main Bektashi celebration, which takes place every year in August and lasts five days in a row. The celebration includes various Bektashi rituals, pilgrims pray at the graves, light candles and sleep in tents. One of the central rituals of the celebration is the sacrifice of sheep.  Men, women, Bektashi, Muslims and Christians are allowed to participate in the celebration – on this day, Bektashi believe in the supernatural powers of Mount Tomorr more than in the power of the Quran or the Bible.

The most impressive site is the tekke with the grave of Abaz Aliu, 1200 meters above the sea level. According to a legend, wounded in battle, Abaz Aliu ascended the top of the mount and died there.