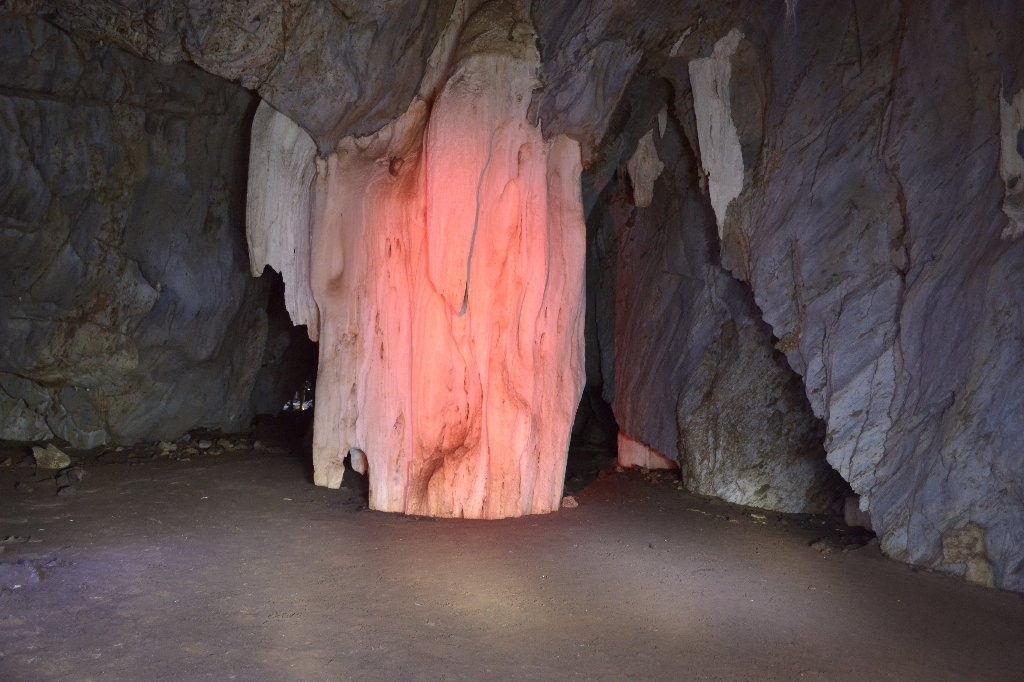 Gcwihaba (meaning 'hyena's hole')  is one of the most remote destinations in Kalahari desert in Botswana, with its underground labyrinthe of caves, stalactite and stalagmite formations and thousands of bats.

In South Africa, caves are quite rare. Gcwihaba was formed due to erosion – the flow of water created huge rooms in the rock, up to 10 meters tall. Because of the variety of the chemical composition of the water, the walls of the caves are covered with salts and minerals of all colors of the rainbow.

The caves became known in the West in the 1930s due to Martinus Drotsky. Drotsky was a European farmer, living in Ghanzi, who was shown the caves by !Kung San tribe. According to a legend, somewhere in the maze of caves lays legendary treasure - it was hidden by the descendants of royalty when Europeans first came to their land. Since then, Gcwihaba has been visited by many cave explorers, looking for treasure in vain, archaeologists, and off the beaten path tourists.

Thousands of bats is another interesting feature of the cavern complex – Gcwihaba is inhabited by Leaf-nosed Bat, the largest insectivorous bat in Southern Africa, the small Dent's Horseshoe Bat and the Egyptian Slit-faced Bat. The bats are cute and harmless, but if you make a mistake of scaring the bats, you will be surrounded by a screeching cloud of these creatures, trying to flee from the cave.

Gcwihaba is about 3 million years old and has caverns of all form and size – some are gigantic, and some require crawling on your belly to get through them. The stalactites reach 6 meters of height. The main cavern is called Drotsky's cavern, named after the aforementioned discoverer of the place. Archaeological evidence suggests that the area was inhabited thousands of years ago – the excavations unearthed Stone Age tools, animal bones, ostrich eggshells and a fossilized primate skull.

Visiting the caves is not for the faint of heart - to reach them, you have to follow an arduous 4x4 route on specially equipped vehicles and don't forget to stock up on water! There is also a beautiful camping site and a traditional village of Xai Xai in the vicinity, which makes the trip worthwile.

Gallery: Gcwihaba - the maze of caverns and bats